On the latest broadcast of SBS's "Dolsing Fourmen," Super Junior Siwon and CNBLUE Jung Yong Hwa talked about their respective relationship status. There, Siwon proved he's Korea's ideal boyfriend after he revealed how he treats his girlfriend.

In the show that shares stories about love, career, marriage and happiness among male celebrities, Siwon mentioned his way of showing love and value to his girlfriend, which gained praise from viewers. 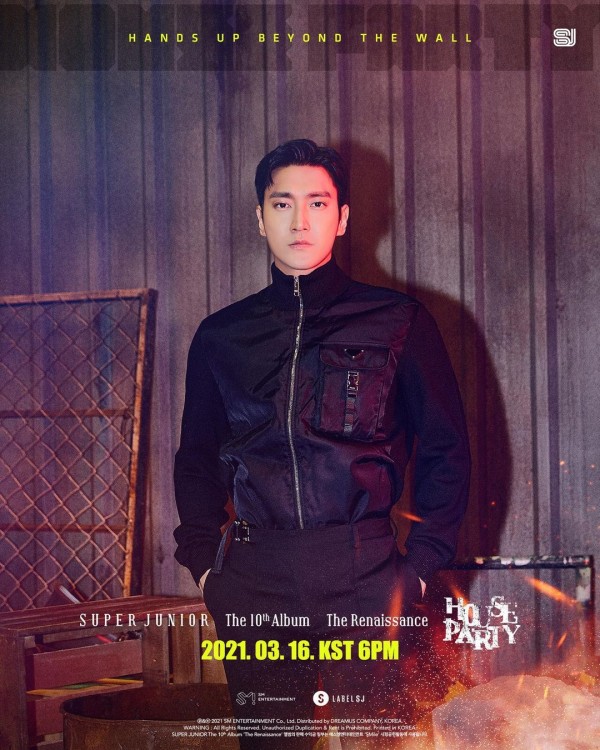 During the male celebrities' conversation about their love and relationship status, Super Junior Siwon revealed how he treats his girlfriend. The "Hallyu Kings" member also mentioned the situation, in which he was misunderstood by the opposite sex due to his manners.

He narrated, "I have a (female) acquaintance I have known for a long time. It's raining, but I'm the only one with an umbrella and no one else."

Known for being well-mannered, Siwon offered to share his umbrella, but it seemed like she misunderstood his act and was asked, "Why are you doing this to me?"

Siwon added, "I was very flustered. When I heard that, I was dumbfounded and gave her the umbrella. I think I felt bad about the reaction, too."

Due to this, he emphasized that due to his subconscious manners, he now pays attention to limiting his interaction with the opposite sex, especially when he has a girlfriend.

"When I have a girlfriend, I (promised) to not eat with other women. I never drink alone with them either," emphasizing that he considers his girlfriend's feelings a lot.

Siwon pointed out that he wants to avoid fights and misunderstandings in a relationship as long as possible.

"I don't want to fight, but I also think we should fight when we have to. I think it is important to have a certain degree of disagreement for a relationship to become healthy."

ALSO READ: Super Junior Siwon Net Worth 2021: Is the 'King of Twitter' the Wealthiest Member?

As the conversation went on, the "No Other" singer also shared how he spots "green flags" and "red flags" when dating.

In terms of the indicator to determine a favorable signal, Siwon said, "I think talking on the phone is the best. When I talk on the phone, I feel the temperature of the other person. I can see what this person thinks about me."

Lastly, the male idol also revealed one of his "red flags" when choosing a girl to date when Yong Hwa mentioned buying a luxury bag as an anniversary gift.

Siwon agreed to Yong Hwa when he said, "I don't think I'll meet you if you ask me to buy you a luxury bag."

In context, despite Siwon being born in a wealthy family, the idol remains humble and prefers donating as a missionary and active church member.

On top of that, Siwon also wished to become a good father and faithful husband, proving that he's the "Ideal partner" any person could ask for.