MOMOLAND Nancy was one of the K-pop idols to dress up as a character in celebration of this year's Halloween, and she was cosplaying one of Angelina Jolie's movie characters.

On Oct. 31, MOMOLAND member Nancy updated her Instagram account with several photos of her wearing a Halloween costume. 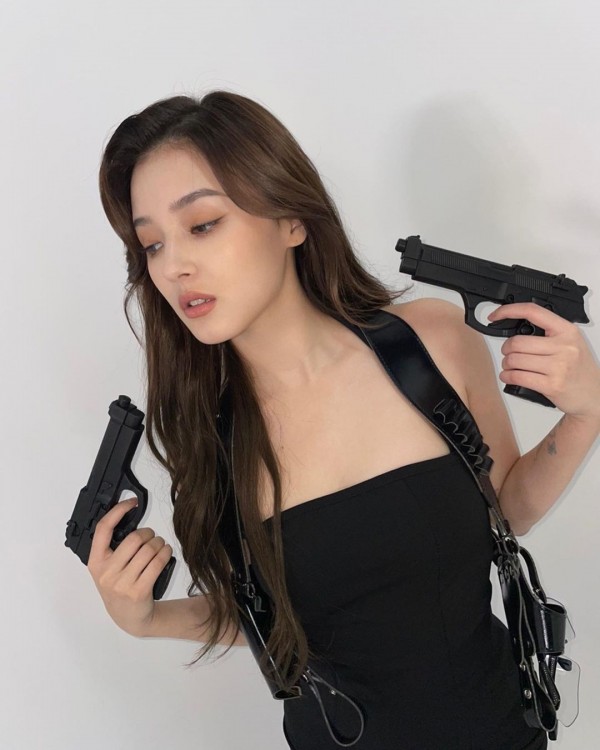 "Mrs. Smith" refers to a character that Angelina Jolie played in the American action comedy film "Mr. & Mrs. Smith," which was released in the United States in June 2005 and became a box office hit. The movie also stars Jolie's former husband Brad Pitt. 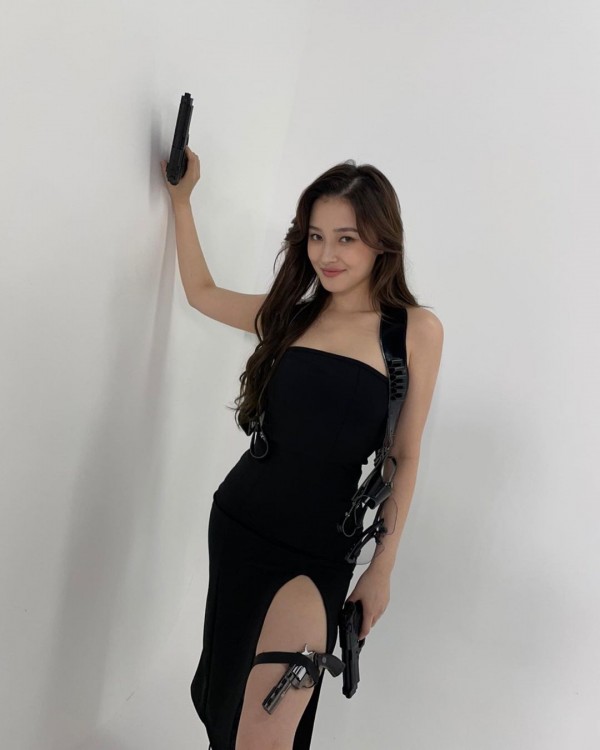 In the pictures that MOMOLAND Nancy posted, she can be seen wearing a black dress and holding two fake guns while giving different poses for the camera. 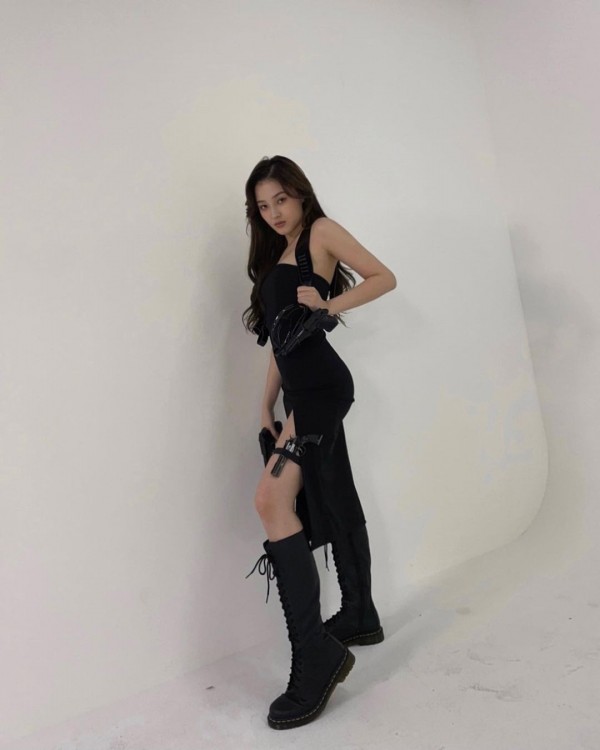 In particular, the "BBoom BBoom" singer is sporting a slit dress that displays her slender figure, exuding a sexy atmosphere.

Aside from Nancy, some of her fellow MOMOLAND members also took to Instagram to share pictures of them dressed up as a character for Halloween. 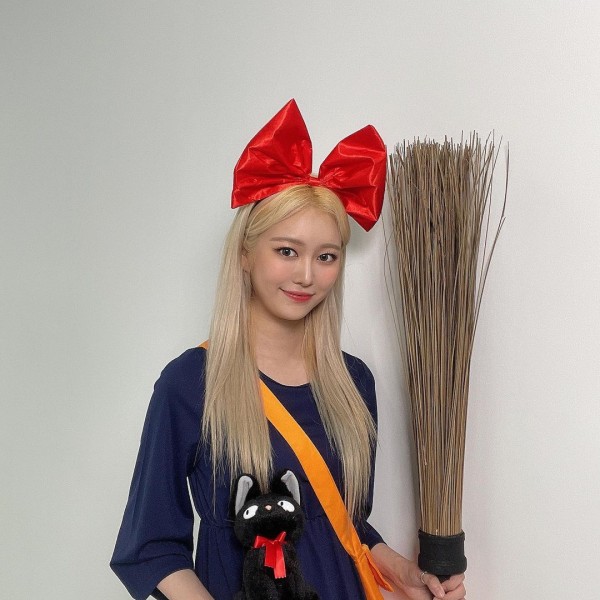 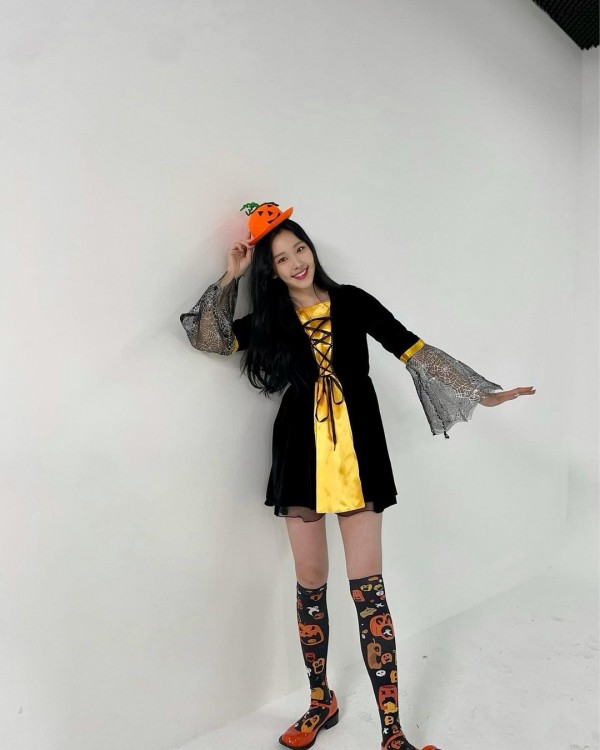 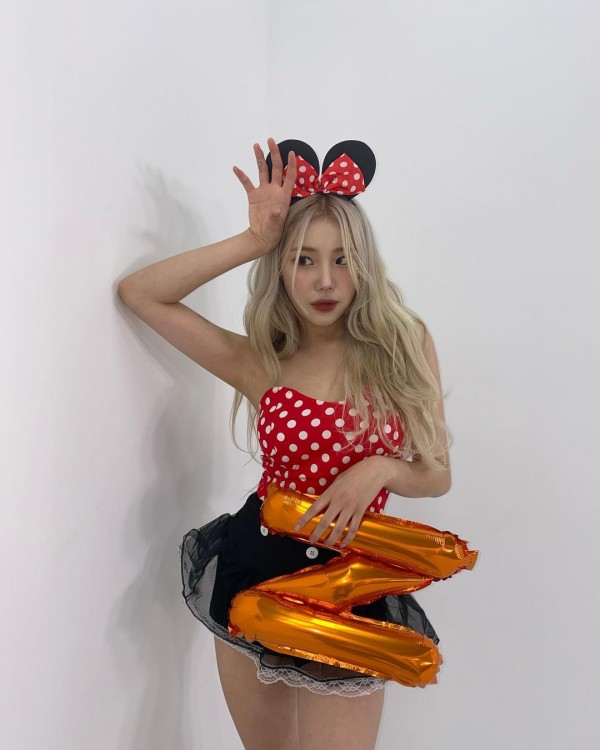 Which one of the Halloween costumes of MOMOLAND members do you like? Tell us in the comments!

MOMOLAND's Latest Comeback with "Ready or Not"

In other news, MOMOLAND has not made any comeback this year so far, but the group is active in participating in events like K-pop concerts in the past months.

MOMOLAND's latest comeback is in November of last year with their third single album "Ready or Not," where PSY participated as a lyricist in one of the songs particularly the title track, which is also titled "Ready or Not."

Regarding the collaboration, PSY commented that he finds the girl group as the juniors who are in sync with him in terms of music. And because of this, he happily agreed to take part in the lyric-writing process of "Ready or Not" right after hearing the song's demo.

In South Korea, MOMOLAND's "Ready or Not" debuted and peaked at No. 81 on the Gaon Download Chart (dated Nov. 21, 2020). The single album also entered the Gaon Album Chart at No. 25 and sold 3,524 copies in the whole month of November.

YOU MIGHT ALSO LIKE: MLD Entertainment Ordered to Give Former MOMOLAND Daisy Her Unpaid Earnings + Company Reportedly Filed an Appeal

While MOMOLAND has not released a new single or album this year, they did have a collaboration with CHROMANCE this past February. The K-pop girl group and German producer dropped a new version of the latter's hit song "Wrap Me in Plastic." 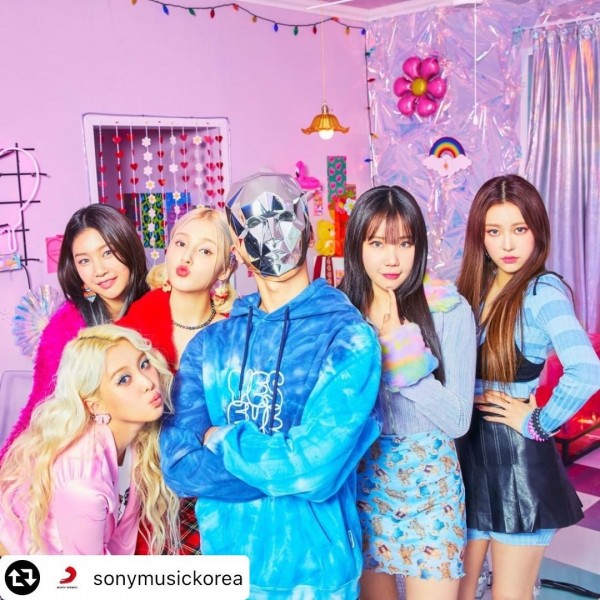 CHROMANCE's "Wrap Me in Plastic" is a track that became extremely popular through TikTok. The collaboration between the artists took place as the German producer, who was interested in MOMOLAND and the influence of K-pop in the world music scene, reached out to the girl group.

CHROMANCE x MOMOLAND's "Wrap Me in Plastic" was released on various music platforms along with the song's music video.

Check out the new version of "Wrap Me in Plastic" here!