Korean netizens, on an online community forum, discussed which idols would suit which Greek god or goddess. See who they chose here! 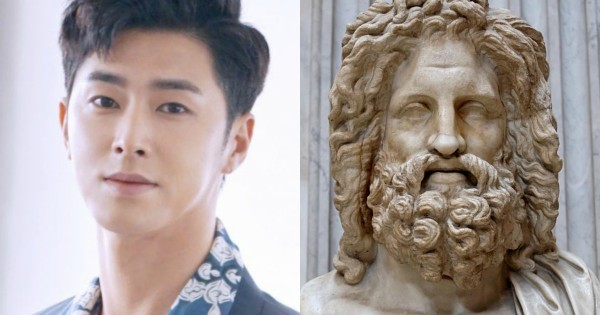 Netizens selected Zeus as the Greek god that suited Yunho. Zeus is the god of the sky, lightning, thunder, and is the ruler of all the gods on Mount Olympus. As a veteran in the K-pop industry, it's no surprise Yunho was chosen as one of the Big Three gods! 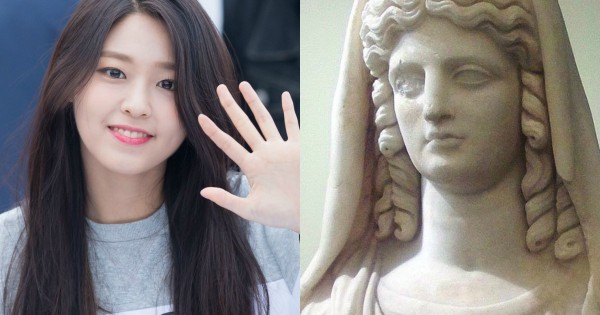 Persephone is the Greek goddess of vegetation and the wife of Hades and rules the Underworld alongside him. She is worshipped throughout the Greek word and is often seen in all forms of Greek art. Sounds kind of similar to how much Seolhyun was praised and how she bagged a bunch of CF deals, huh? 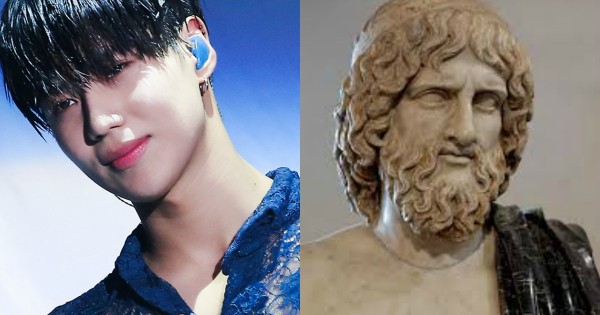 Hades is the ancient Greek god of the Underworld. The Underworld is the realm in which human souls go to after they die. He is the husband of Persephone. Taemin was chosen to represent Hades; perhaps it's because of how he kills the stage whenever he performs? 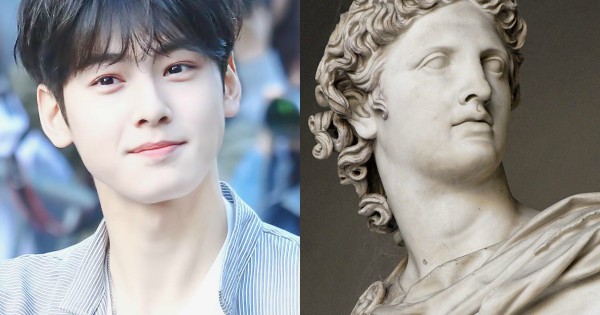 Apollo is the god of healing, medicine, archery, music, poetry, and the sun. He is also the leader of the Muses and is the god of prophecy. Cha Eunwoo was chosen as the idol that best represents Apollo. Maybe it's because one glance from Cha Eunwoo can heal anyone from their sad days and bring sunshine to rainy days? 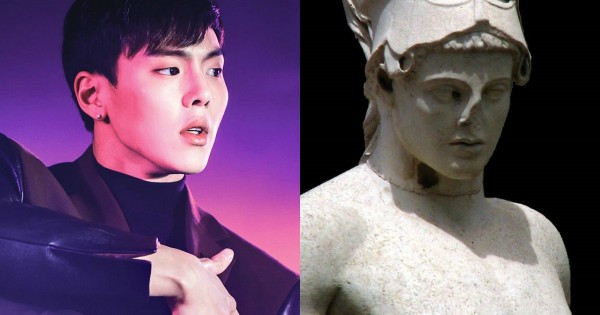 Ares is the god of war and is the spirit of battle. He represents the violent and physical untamed side of war. Shownu, a member of MONSTA X, was selected as the idol that represents Ares. It is most likely since he is known as an exercise-dol, and how he is very active in physical exercise, making him one of the strongest idols in the industry. 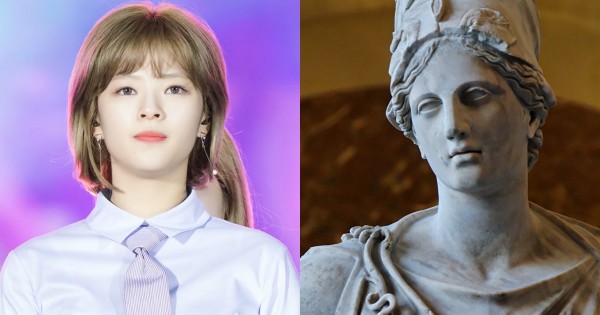 Atena is the Goddess of war and is known for her wisdom, handicraft, and warfare. She is known as the wisest, most courageous, her practicality. While Ares is known for the destructive side of war, Athena is known for its tactical and strategic aspects. Jeongyeon was selected as the idol that best represents war for her intelligence and for being an idol whose popularity isn't centered on her visual - it's centered on her talent. 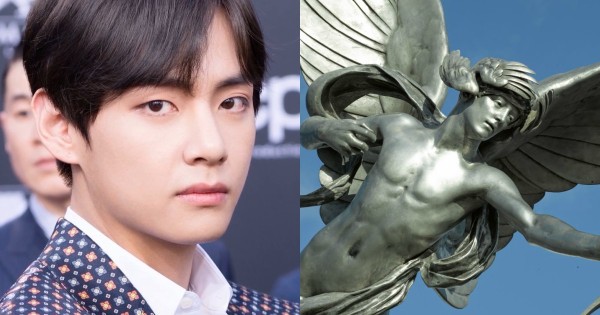 Eros is the Greek god of love, most specifically, passion and physical desire. Eros is a god that can strike the hearts of any of his targets, allowing them to "loosen their limbs and weaken the minds", according to Hesiod. It's no surprise that V was selected as this idol, because of his ability to pierce the hearts of ARMYs with just a glance! 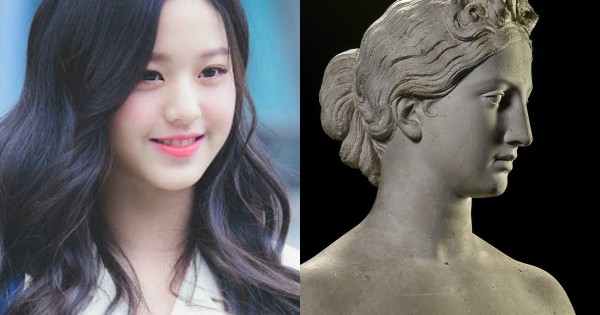 Psyche is the Greek goddess of the soul and, though she is a demigod, she had a beauty that rivaled Aphrodite, the Greek goddess of beauty. IZ*ONE's Jang Wonyoung was chosen as the idol that represents Psyche for her stunning beauty. With Wonyoung's beauty, she can definitely lead Aphrodite to be jealous and Cupid to fall in love with her. 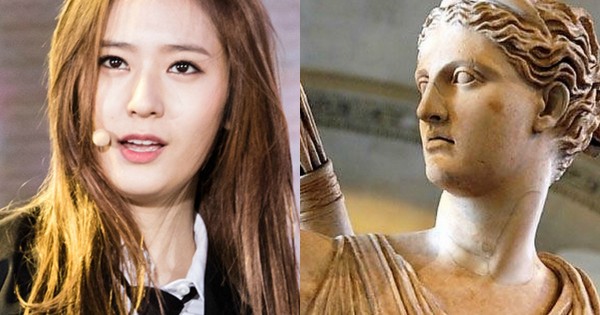 Artemis is the Green goddess of the hunt, the wilderness, wild animals, The Moon, and chastity. She is the twin sister of Apollo. Krystal was chosen as the K-pop idol that bests represent Artemis. Krystal has always been known for her strong image and is known as an idol that is strong in her beliefs, which is most likely why she was selected.

ALSO READ: 11 Female Idols Who Redefine Sexy in a Suit 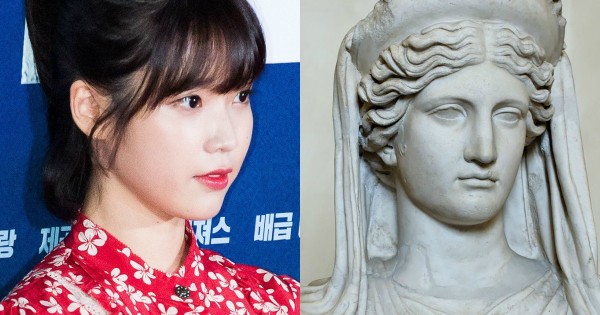 Demeter is the goddess of the harvest, the goddess of sacred law, and the cycle of life and death. IU was chosen as the idol that best compares to Demeter. As she is known for her good girl, innocent, pure, girl-next-door image, IU is known as an idol with no major scandal, which is likely why she was chosen to represent Demeter. 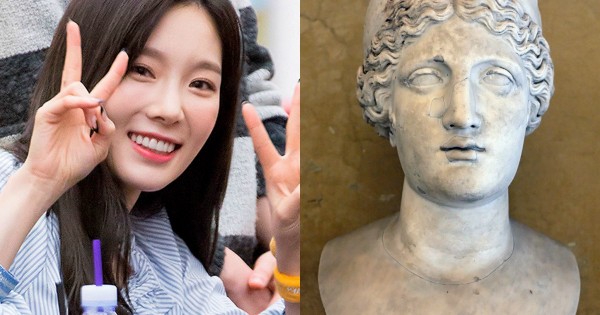 Hera is the Queen of the Gods and is the wife of Zeus. She is also known for being the goddess of marriage and birth. She, alongside Zeus, reigns on Olympus. Taeyeon was selected as the idol that best represents Taeyeon. It's no surprise - as a member of the "Nation's Girl Group" and one of South Korea's most successful soloists, she definitely rules the industry!