On Feb. 10, Lea Salonga hosted a question-and-answer session, "#AskMissLea," on Twitter prior to her birthday, which will be on Feb. 22. In the comments, the prominent artist wrote that the questions will be picked randomly. One of the questions that caught her attention is about her favorite BTS song.

Okay, gang... shall we do an #AskMissLea session? I shall end it at 2pm. If you don’t have a question, we can fangirl over BTS together. Whaddaya say? Let’s fill the TL with good vibes!

She only enumerated four songs but she also mentioned that there's more. The international singer even described the tracks. The first one she said is BTS's "Blue & Grey," which was written by BTS V alongside his fellow members RM, Suga, and J-Hope, as well as with the K-pop boy group's producers.

The world-famous singer said that BTS's "Blue & Grey" is "cathartic, taps into emotions that seem to be stuck and get them out." The next BTS song, Lea Salonga revealed to be her favorite is "ON and explained, "because the choreo is SICK." The other two singles she said were, "BS&T (Blood, Sweat, & Tears)" and "Dynamite."

The next question is about her favorite music video of BTS. The popular "Miss Saigon" musical actress said, "ON Kinetic Manifesto. From Sienna Lalau's eyebrow at the top of the video to that dance break to each member just being so strong and fierce. I watch it a few times a week."

Another question Lea Salonga answered is: "What other BTS song can you recommend except those that are already popular? Hi, it's my birthday, love you coach." The world-renowned female singer then answered, "Go to SoundCloud and listen to Jungkook's covers and his other solo stuff. You're welcome."

A different user made a follow-up question and asked, "One word to describe Jungkook?" to which Lea Salonga responded, "Supremely gifted."

Moreover, it was revealed in the comments that Lea Salonga also watches "Run BTS," which is a variety web series starring the K-pop boy group that airs weekly on V Live and Weverse. One commenter asked her most favorite "Run BTS" episode so far, and Lea said that she likes the last three episodes because she found those "effing funny."

ALSO READ: BTS Set to Break Another Record With 'Map of the Soul: 7' + Album Reaches New Milestone on Spotify

The singer was also asked to describe BTS, and she stated, "BTS helped save my mental health," which is very relatable to most fans. And another user asked her, "How is it being a BTS stan?" and she responded, "So far, it's been a lot of fun! I've connected with a couple of other fangirls close to my age, and we have a great appreciation for their talent. Like we're proud aunties." 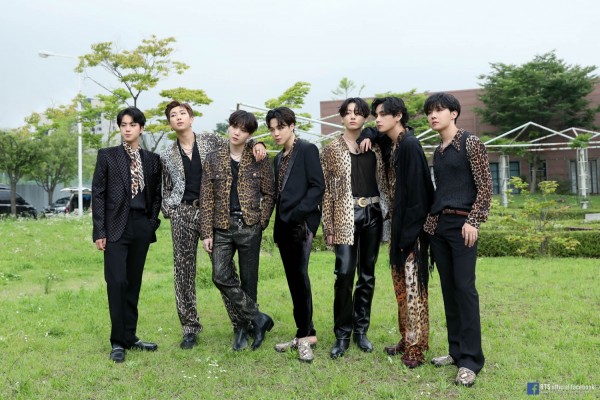 Lea Salonga has been talking about BTS on social media since early January, starting with a tweet in which she praised BTS V. And early this month, the world-famous singer recommended the K-pop boy group and Korean solo artists IU and Jessi to Jordan Fisher. And recently, she made a shoutout to BTS member V.