BLACKPINK member Lisa has been hitting the headlines lately as her devoted followers continue to wait for the official details of her imminent solo debut. On Tuesday, teaser photos of the "Lovesick Girls" singer's upcoming return to "Youth With You!" Season 3 made rounds online.

Devoted supporters of BLACKPINK member Lisa have another thing to look forward to this year as the songstress-dancer is set to reappear on the popular Chinese trainee survival show. To recall, the show made things official when it announced on its Twitter account that the co-member of Jennie, Jisoo, and Rosé would take the dance mentor seat again in the next installment.

In the teaser photos, BLACKPINK member Lisa looks so sultry in her white Celine dress. The "How You Like That" hitmaker completed her look with a pair of black knee-high boots. She also sported some exquisite jewelry.

In some photos, BLACKPINK member Lisa appears so savage as she executes her breathtaking moves alongside her backup dancers, who wore all-black ensembles. It remains to be seen if there are more teaser images to be released in the coming days, but the recently-dropped photos are enough proof that "Youth With You!" Season 3 is really something to watch out for.

The show, for starters, features all the trainees sent by numerous entertainment companies to complete for a chance to be formed as a band. With BLACKPINK member Lisa sitting as one of the coaches, it surely would be an exciting installment.

"Youth With You!" Season 3 would be aired on iQIYI, which is the biggest online video platform in China. The new installment of the popular show would premiere on Wednesday, Feb. 7, at 8 p.m., PH Time on the iQIYI app. 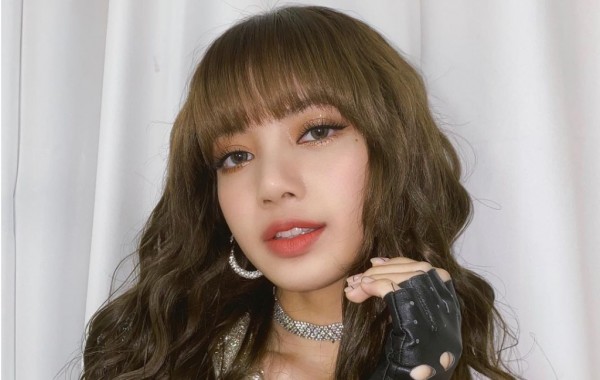 (Photo : BLACKPINK Lisa Official Instagram Account)
BLACKPINK member Lisa looked so fierce in the latest teaser photos released ahead of the "Youth With You!" Season 3 premiere.

What to Expect from BLACKPINK Lisa's Solo Debut?

Meanwhile, YG Entertainment has yet to reveal details of Lisa' imminent solo debut. The agency, previously, revealed that the BLACKPINK member would make her solo launch alongside Rosé this year.

Though nothing is confirmed as of this writing, speculations have it that BLACKPINK member Lisa is very likely to produce tracks that would help her showcase her signature slaying dance moves. As a matter of fact, the co-member of Jennie, Jisoo, and Rosé has been showing off her breathtaking performances in the dance videos she uploaded on her official YouTube channel called LiliFilm.

The most-recent she uploaded was a clip of herself dancing to the tune of "Tomboy," which was popularized by Destiny Rogers. In the video titled "Lili's Film: The Movie," BLACKPINK member Lisa showed up at an enigmatic underground gambling site then broke down suddenly and showed off her killer dance moves.

As of this writing, the "Lili's Film: The Movie" video already garnered more than 18.9 million views with 2.3 million likes and more than 235,000 comments. In the caption, BLACKPINK member Lisa revealed that Anthony King directed the video while Cheshir Ha helped in the choreography.