BTS V is revealed to be the most in-demand actor in South Korea right now!

BTS V first made his debut as an actor in 2016, appearing in the KBS drama "Hwarang" and playing one of the supporting characters, Hansung.

Playing the role of Hansung, V amazed many of the viewers and fans for his acting, praising him for portraying and embodying the character well. V's success in "Hwarang" gave fans and companies a glimpse of his excellent acting potential. 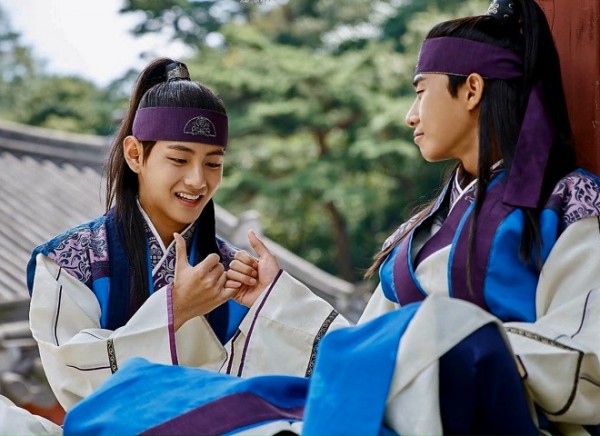 Due to V's successful acting debut, many have started looking forward to more of his acting projects. However, after "Hwarang," he has not been in any dramas or films since then. With BTS emerging as one of the leading K-Pop groups globally, the chances of seeing V as an actor is slowly dwindling.

With BTS's popularity globally and V's potential as an actor, numerous production companies and producers have begun making love calls to the idol-actor.

In addition, it is known that the BTS member has an estimated 200 million KRW (178,000 USD) per episode for his performance fee. Considering that of actor Kim Soo Hyun, who is one of the highest-paid Hallyu actors and debuted in 2007 and has been in the entertainment industry for 15 years with a performance fee of more than 500 million KRW (442,000 USD) per episode, the industry has high expectations for V in his acting career.

Unfortunately, due to current policies and rules under Big Hit, BTS and V's agency, that disallows any member from pursuing individual activities, for the time being, it is unlikely that we will see V as an actor again soon.However, fans are still eager and passionately discussing what roles they would like to see V take in the future.

BTS's Most Recent Variety Show Appearance: "You Quiz on the Block"

BTS, who rarely make appearances on variety shows, recently appeared as guests on tvN's Episode 99 of "You Quiz on the Block" on Mar. 24. The show, starring Yoo Jae Suk and Jo Se Ho as hosts, revolves around the hosts casually chatting with their guests and giving quizzes.

With BTS's appearance, "You Quiz on the Block" recorded their highest viewership ratings yet. All seven group members appeared on the show for 100 minutes, where various content revolving around BTS was presented, including the usual interview and quizzes with both hosts.

An audience rating research institute, TNMS, revealed that the popular show reached a viewership rating of 7.1% by the end of the episode for the first time since its production in August 2018. The institute also revealed that with BTS's appearance, there was a 3.5% increase in its ratings than the previous week's. In addition, the show's ratings peaked at 8.7% in one of its one-minute audience ratings.

For the audience to enjoy the BTS Special with no interruptions, a staff member of the show revealed that ARMY bought out all the commercial slots.

Are you hoping to see actor V soon?