BTS V has taken over the popular Japanese ranking site, Nehan, for eight weeks straight, showing off his unique status and popularity in Japan! In addition, the hat V wore in his teaser for "Butter" is sold out!

From May 17 to 23, Nehan held a poll on the Japanese site, asking fans to vote for their favorite "K-Pop Male Idol." The "Butter" singer raked in the votes, taking a total of 18,531 of the votes, making V rank first in his eight consecutive week. 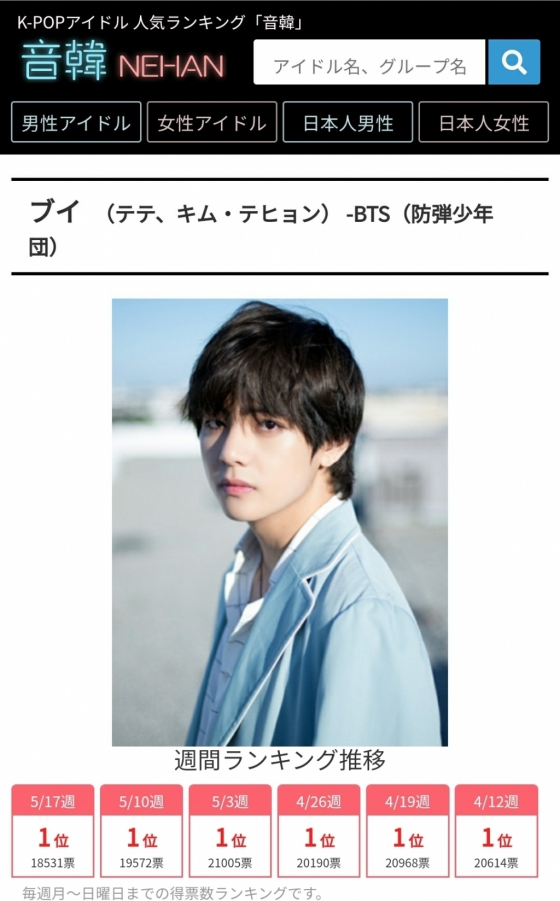 Besides topping the rankings on Nehan, the BTS member also won the "Korean Actor in 20s" category with 15,538 of the votes on another popular Japanese ranking side, Bihan, taking the top spot for three weeks in a row.

Previously, it was reported that V was the most in-demand actor in South Korea back in March. V appeared in the KBS2 drama "Hwarang" in 2016, marking his acting debut. According to a Japanese fashion and lifestyle magazine, JJ, V was selected as one of the top three handsome K-Drama actors. 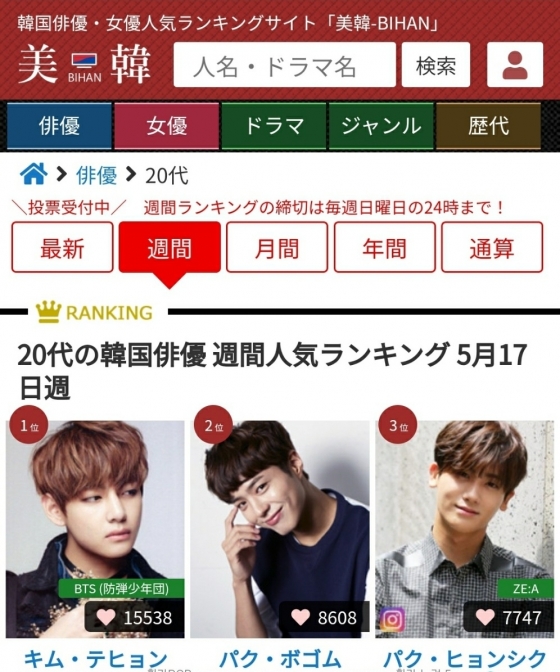 IN CASE YOU MISSED IT: BTS V Revealed to be the Most In-Demand Actor in South Korea Right Now

In addition, V was also chosen as one of new Hallyu's hottest kings, alongside actors Hyun Bin, Park Seo Jun, and ASTRO's Cha Eun Woo, according to Japanese magazine 25ans.

In other news, V's solo song "Sweet Night," which was an OST for the JTBC drama "Itaewon Class," ranked first on iTunes in Japan, making him the first Korean solo artist to do so. "Sweet Night" also ranked at no.44 on Japan's Line Music in April 2021, making it the highest-ranking song among the drama's OSTs after the OST album of "Itaewon Class" was officially released to Line Music.

Real Sound - a Japanese comprehensive culture site for music - Vogue Japan, and more had analyzed V and his unrivaled popularity and abilities, stating that he took part in the drama OST and attracted K-Pop fans all around the world, which helped boom and contribute to the Korean wave, becoming a driving force for Hallyu.

YOU MIGHT BE INTERESTED IN: BTS V Reveals How He Felt Being the 'Secret Member' + Gives Update on His Solo Mixtape

On May 16, BTS dropped their teaser photos for their recently released single, "Butter." V drew attention for his style, which features a white sleeveless shirt with a see-through inner clothing, combined with gold chains decorated in pearls, and a fedora hat. 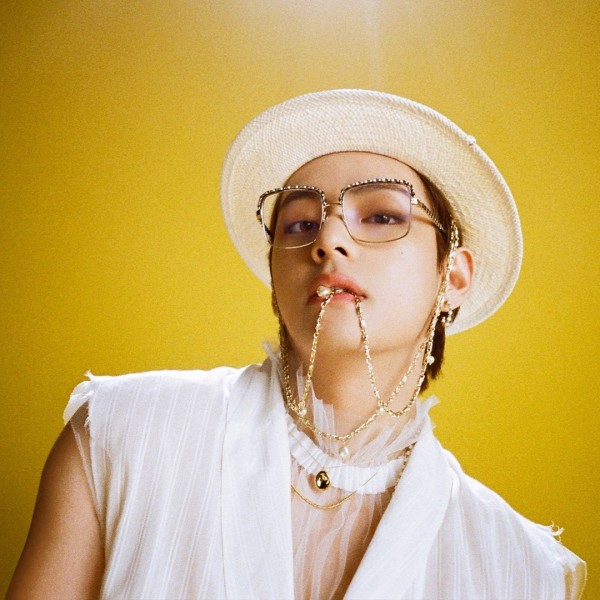 According to media outlets, the hat V wore immediately went out of stock in all stores and online sites, surprising officials and designers at Ruslan Baginskiy, the brand of the hat.

Ruslan Baginskiy, who experienced first-hand the brand power V holds, said that they were speechless, as one moment their Instagram suddenly blew up and immediately found out it's thanks to V and ARMY.

They added that the hat is sold out everywhere and was apologetic as they couldn't produce as much stock as ARMY wanted, but hopes to restock soon.

IN CASE YOU MISSED IT: BTS Breaks another 'Dynamite' YouTube Record With New Single 'Butter'