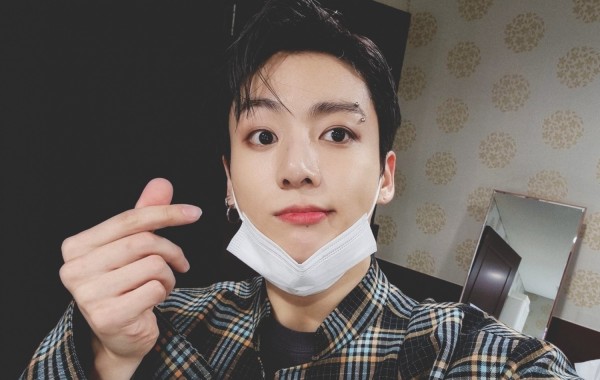 BTS' youngest member, Jungkook, is currently dominating Twitter with his interactions with fans, ARMY, as he is the only person in the list of the Top 30 Most Liked Tweets to have six of his Twitter posts included!

Jungkook's second most-liked tweet was from April 11, 2021, where he posted another selfie of him while donning a casual outfit and a black beanie hat. His post was accompanied by the caption "ARMY, I miss you," and ARMY also shared how much they missed the idol! This tweet of Jungkook's is currently the 10th most liked tweet with more than 3.1 million likes.

His third most-liked tweet is a video of him sharing a cover of Lauv's "Never Not," which was posted back on May 3, 2020. The tweet currently has more than 3.1 million likes and is the 12th most liked tweet on Twitter ever.

The 13th most liked tweet is also snagged by Jungkook with a tweet he posted on February 24, 2021,  that has garnered more than 3 million likes, which is another mirror selfie of Jungkook with vibrant blue hair that he dyed on his own, as revealed in his caption.

IN CASE YOU MISSED IT: BTS' Japanese Album 'BTS, THE BEST' Breaks Oricon Record in Just One Day

Jungkook's post on May 29, 2021,  is the 17th most liked tweet on Twitter with more than 2.8 million likes, where he shares mirror selfie of him on the way to practice. The picture also shows off Jungkook's effortless fashion, which features an all-black ensemble partnered with a bucket hat and multiple accessories.

Jungkook's sixth most liked tweet is currently the 20th most liked on Twitter ever. In the tweet, Jungkook can be seen wearing a casual outfit with his long hair tied in a bun as he sings - very beautifully - Jason Derulo's "Savage Love" remix. Posted on October 8, 2020, the tweet currently has more than 2.8 million likes.

Jungkook isn't the only one dominating Twitter as his fellow BTS members are also up in the list of the Top 30 Most Liked Tweets!

YOU MIGHT BE INTERESTED IN: EXO, BTS and More: These are the Most Streamed K-Pop Songs on MelOn