Kim Chae Hyun, a contestant of Mnet's "Girls Planet 999," is gaining attention for her looks!

With Mnet's upcoming survival show, "Girls Planet 999," nearing, the show has already revealed all 99 contestants that will be participating in the hopes of making their debut as a girl group member. With that being said, fans have already started choosing their favorites and the contestants that they are most interested in.

Among the 33 Korean contestants on the show, Kim Chae Hyun is currently the contestant who is garnering a lot of attention from online community forums - all because of her outstanding beauty that has captured netizens!

When Kim Chae Hyun subsequently left SM Entertainment, many were surprised to see her again as a contestant on the Mnet program.

With the official profile photos released by "Girls Planet 999," Kim Chae Hyun became a hot topic among netizens for her beauty, which they described as very "SM-like." 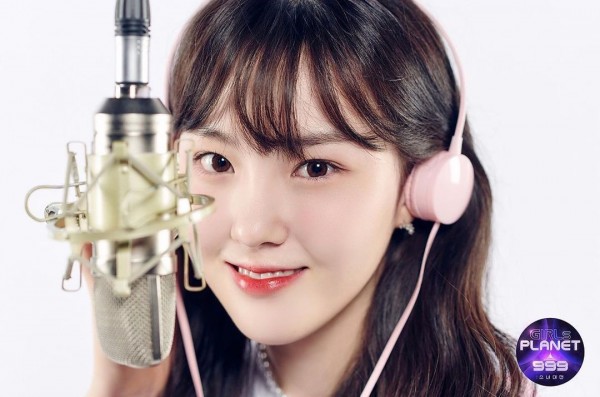 In fact, netizens commented how her beauty a perfect mix of four popular SM Entertainment artists, who are heavily praised for their visuals. Netizens say that Kim Chae Hyun looks like a perfect mix of Girls' Generations' Taeyeon, Lee Yeonhee, and Red Velvet's Irene and Wendy.

In addition, they also say she has similarities with actress Han So Hee.

Besides her beauty, she is also drawing attention for her talents, with many believing she would be one of the best vocalists in the show.

Do you see a resemblance of the four SM Entertainment artists in Kim Chae Hyun?

READ ALSO: News Outlet Shares Future Plans for the 'Girls Planet 999' Contestants Who Will Debut in the Project Girl Group

Meanwhile, the premiere of the first episode of "Girls Planet 999" is drawing near. According to Mnet, the first episode will premiere on August 6 and will be broadcasted every Friday at 8:20 pm KST. In addition, a total of 12 episodes will air from August to October.