According to South Korea's largest album sales site, Hanteo Chart on September 7 KST, rookie girl group STAYC's first day sales for their first mini-album, "STEREOTYPE," had accumulated a total of 43,617 album sales just one day after its release on September 6.

STAYC's first day sales for "STEREOTYPE" surpassed their previous record of 35,518 copies sold for their second single album, "STAYDOM," which previously held the record as the group's highest first day album sales, showing STAYC's potential to break their own record in future releases.

IN CASE YOU MISSED IT: Jeon Somi, STAYC, Weeekly, & More are the Female K-pop Artists with American Teen Concepts in Their Comebacks 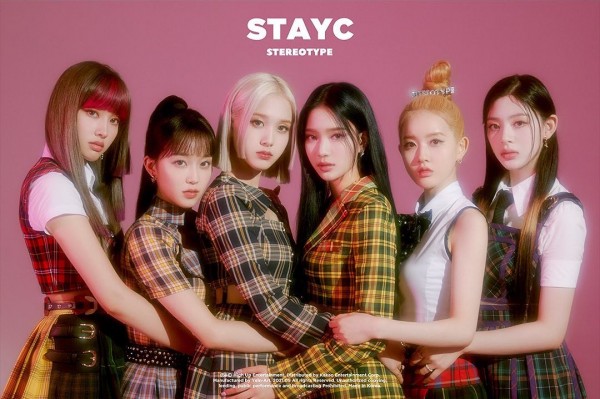 Meanwhile, STAYC's first mini album "STEREOTYPE" was released just gives months after "STAYDOM," and has a total of four tracks included: Their title track "Stereotype," "I'll Be There," "Slow Down," and "Complex," which were all well-received by fans.

IN CASE YOU MISSED IT: STAYC's 'ASAP' Continues to Climb on MelOn's Real-Time Chart despite Being Released Two Months Ago

In particular, the six-member group's title song, which contains STAYC's youthfulness, rose to the top of the Korean real-time music chart, Bugs, immediately after its release, making the group achieve a number one debut on the music chart. 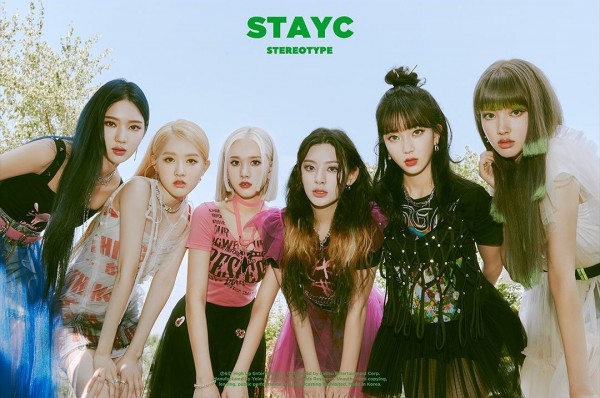 Media outlets are also focusing on what other records STAYC will achieve as a fourth generation K-Pop group, who is improving with a steady growth with each music release.

On the other hand, STAYC will be promoting their first mini-album through various content and by actively performing in music shows.

IN CASE YOU MISSED IT: Girl's Day Hyeri Reveals the K-Pop Juniors She Has Her Eyes On

STAYC treats fans to a live band version of the title track of their new mini-album, "STEREOTYPE"!

On September 6, STAYC's members - Sumin, Sieun, Isa, Seeun, J, and Yoon, appeared in the latest video of MBC's Youtube channel, Mdromeda, where they performed the live band version of their latest single, "Stereotype."

In the video, STAYC can be seen wearing coordinated plaid outfits, while having fun as they perform. With the live band joining the rookie girl group, the performance was brought more to life and helped bring out the playfulness of the song.

Check out the live band version of "Stereotype" here: