On September 12 KST, popular celebrity chef Lee Yeon Bok took to his personal Instagram account to share a new post, a photo of him and an idol - who is none other than BTS' oldest member and "Eat Jin" star, Jin!

In the photo, Lee Yeon Bok and Jin can be seen sitting together at Lee Yeon Bok's restaurant as they pose with a thumbs up for the camera.

Lee Yeon Bok accompanied the photo with a caption that shows off his cute friendship with the K-Pop superstar. "Whenever Jin is free, he would call me and cutely say, 'Chef! Cook something delicious for me!', and then comes over to my restaurant," said in his post's caption. 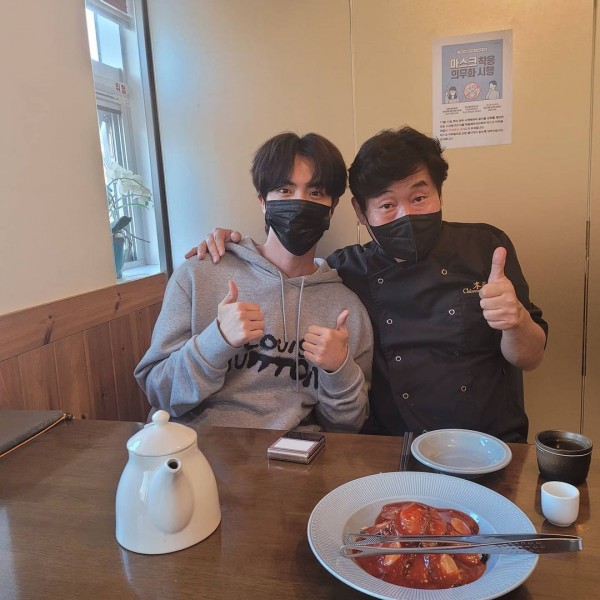 The celebrity chef also talks about Jin, and reveals that he usually comes alone to his restaurant whenever he had free time and would chat with him for ages. "He eats a lot of food as well, and chats a lot. He is such a lovely person," added Lee Yeon Bok.

Besides his affectionate caption in the post, Lee Yeon Bok also added hashtags such as "BTS Jin," "Lee Yeon Bok," "loyalty," and "long time friend," showing off their close friendship.

Lee Yeon Bok and the "Butter" hitmaker first met each other when BTS made a guest appearance on JTBC's popular variety show, "Please Take Care of My Refrigerator" back in October 2017. At that time, Jin appeared on the show alongside fellow member Jimin, as they revealed what was inside BTS' refrigerator. 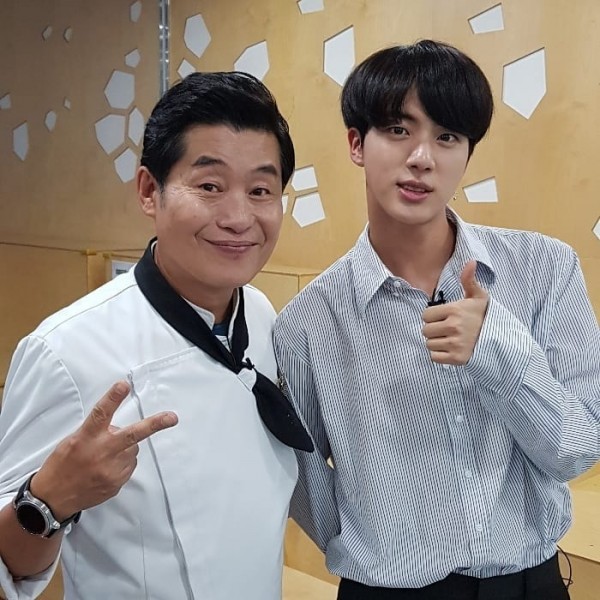 (Photo : Instagram: @fuxtom)
Lee Yeon Bok and BTS Jin during the filming of JTBC's 'Please Take Care of My Refrigerator'

Since Jin's appearance on the show, he and Lee Yeon Bok has since then kept in touch frequently and would spend time with each other every now and then, creating a beautiful friendship.

Lee Yeon Bok had also shared in the past that he and Jin would go fishing together, and that Jin would buy him gifts whenever he comes back to South Korea from his overseas schedules.

This isn't the first time someone affectionately talked about Jin. Recently, "Running Man" star Ji Seok Jin talked about his friendship with Jin.

IN CASE YOU MISSED IT: 'Running Man' Star Ji Seok Jin is Afraid to Text BTS' Jin First - Here's Why

Jin is certainly making great friendships along the way!