Back on September 25, football club Tottenham Hotspurs shared on the social media of their official Korean account an announcement that hints at a collaboration with "Butter" hitmakers, BTS.

The post is also accompanied by a photo of Tottenham Hotspurs' forward player and football star, Son Heung Min, who is well known as the captain of the national football team of South Korea.

IN CASE YOU MISSED IT: BTS Announce In-Person Concert 'Permission to Dance On Stage - LA'

Something fun is coming! Please follow @Spurs_KR, share this post with your friends, and don't miss out on the fun!! 💜💙🤍#쏘니 X #BTS #손흥민 @bts_twt pic.twitter.com/oFoeGDNosf

In the photo, Son Heung Min can be seen with an edited purple balloon - BTS' signature color and one of the props of the group's music video for "Permission to Dance" - and a caption that says, "Dear BTS..."

Although the post didn't really give away any major hints that could point to what the collaboration might be, numerous fans are speculating that Son Heung Min might appear as a guest in an upcoming episode of BTS' variety show, "Run BTS!"

What do you think their collaboration is?

IN CASE YOU MISSED IT: BTS RM, J-Hope, and Suga Revealed to Have Participated in Songwriting, Composing 'My Universe'

It's been two years since J-Hope released his solo track, "Chicken Noodle Soup"!

To celebrate the song's second anniversary, J-Hope shared a photo on the global community platform, Weverse, back on September 27.

In the photo, J-Hope can be seen taking a close up picture, with two of his fingers bent forward to show off his nail art design that features stickers of chicken characters. He also accompanied the photo with a short message saying, "Two years old," referencing that it's been two years since "Chicken Noodle Soup" has been released.

IN CASE YOU MISSED IT: BTS 'Butter' Achieves Certified Double Platinum in the United States 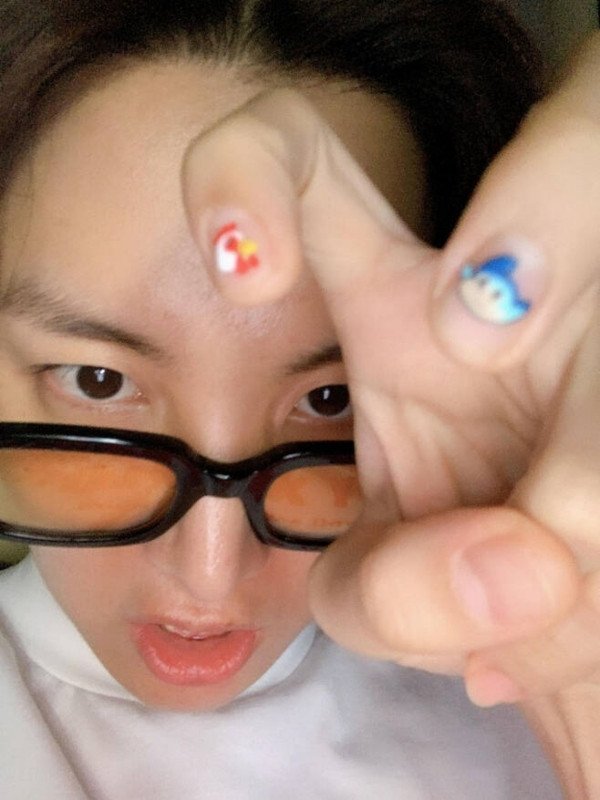 In addition, they also adopted animals through the World Wildlife Fund (WWF), under J-Hope's real name as well.

Check out the music video for "Chicken Noodle Soup" here: