It was reported that EXID's power vocal, Solji, is currently a professor at Yong-in Arts and Science University.

On October 5, KST, a post regarding EXID's leader and main vocalist, Solji's current activities have been making rounds on various online communities.

In particular, what caught netizens' attention was the fact that Solji is included in the professor's introduction section of Yong-in Arts and Science University's homepage for their Vocal Music department. 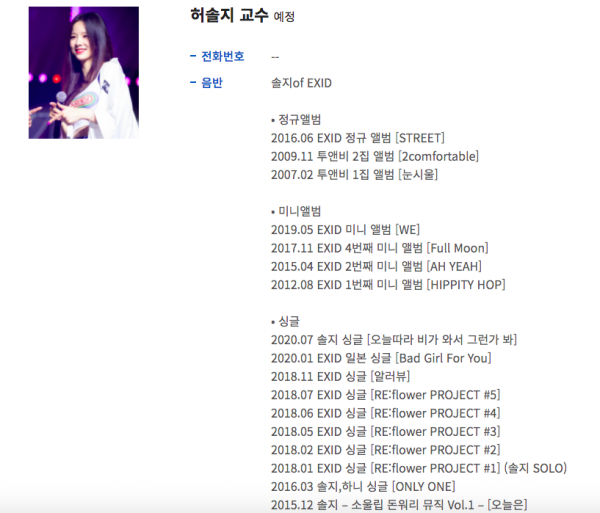 Along with Solji's picture, the webpage also lists down Solji's extensive achievements as a singer, such as the albums and singles she has released as a member of EXID and as a solo singer, the official soundtracks she lent her voice to, as well as the shows she has appeared in throughout the years.

IN CASE YOU MISSED IT: EXID Hani's 'Prospective' Husband? National Triathlete Reveals Past 'Promise' to the Idol 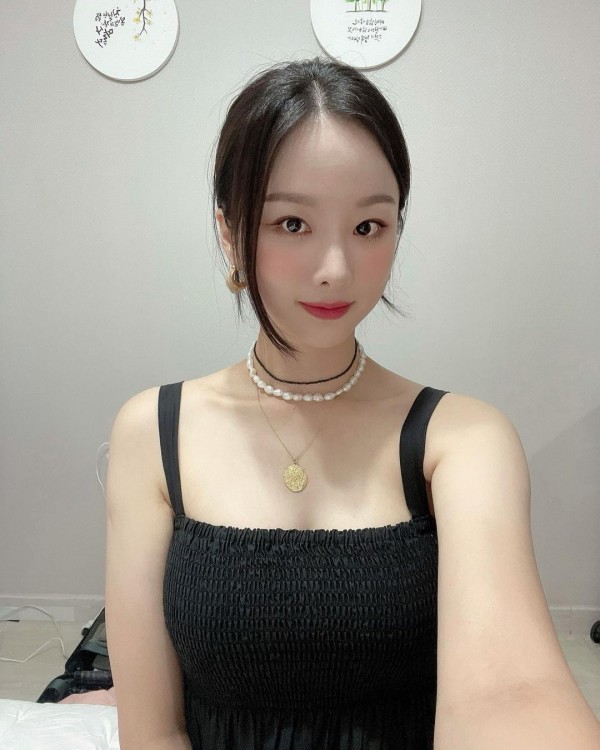 In fact, prior to Solji debuting as a member of EXID back in July 2012, she worked as the group's vocal trainer for some time before finally joining them as an official member.

With Solji now set to teach at a University-level, many are wondering how Solji will carry out her lessons as a professor. But without a doubt, many are sure that Solji will be an amazing professor, given the amazing vocals that she has shown throughout the years.

With the news of Solji being a professor spreading, numerous netizens left comments such as, "Solji is good at singing, so it is worth it," "If you have skills like Solji, you can become the president instead of a professor," "She's a top vocalist among idols," "A really talented professor," and "She was originally a vocal trainer."

IN CASE YOU MISSED IT: EXID Hani Revealed to be Studying Psychology to Help Her Fellow K-Pop Idol Hoobaes 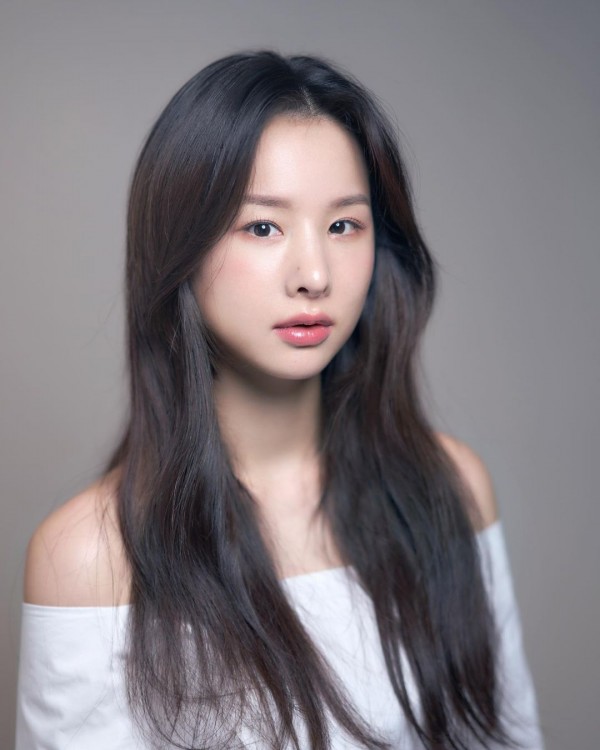 Meanwhile, EXID rose to prominence with their 2014 hit song, "Up and Down." Since then, they have been reborn as a top girl group, releasing several popular songs such as "DDD," "Ah Yeah," "L.I.E," "I Love You," "Hot Pink," and more.

Solji also appeared on several shows that showcased her vocal talents, such as the "King of Masked Singer" and as a vocal mentor for "Under Nineteen."

YOU MIGHT BE INTERESTED IN: EXID Update 2021: What Have the 5 Members Been Doing Since They Parted Ways?