"COUNTDOWN," which is scheduled to be released at the end of October, will commemorate the 10th anniversary of SUPER JUNIOR D&E's debut this year with the release of their digital single "Oppa, Oppa" on December 16, 2011.

With "COUNTDOWN," DONGHAE and EUNHYUK celebrate their "new beginning." 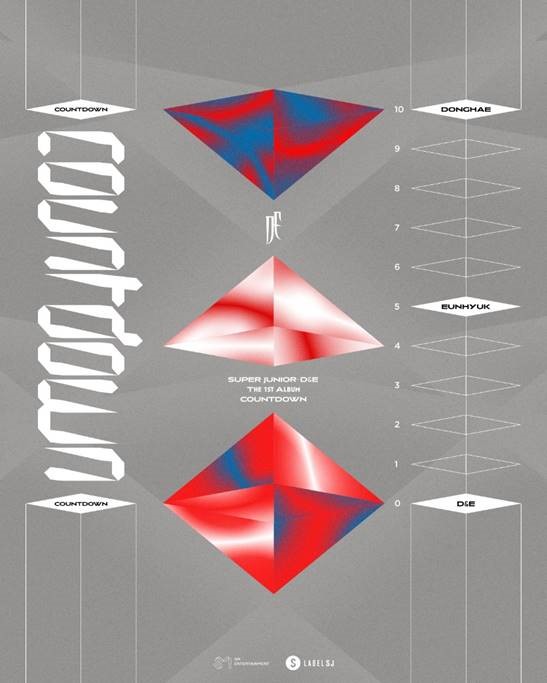 A spoiler image of the concept regular album "COUNTDOWN" was opened, signaling the beginning of a full-scale promotion for the classic album at 10:00 am on the 27th. In the revealed concept spoiler, the colors of DONGHAE and EUNHYUK are combined in a geometric shape to complete the coloring of SUPER JUNIOR-D&E.

Regarded as the original titans of Kpop, the talented collective of nine accomplished performers (singers, dancers, composers and actors) boasts an impressive catalogue of 30+ albums with over 140 concerts to-date around the world.

Their impassioned fanbase sweeps continents and oceans further than Asia and the U.S.: Central and South Americas, Europe, Middle East and beyond, and hold unprecedented consecutive chart reigns at No. 1 in key territories.