Global fandom platform UNIVERSE will hold an online and offline comeback showcase for the group GHOST9. 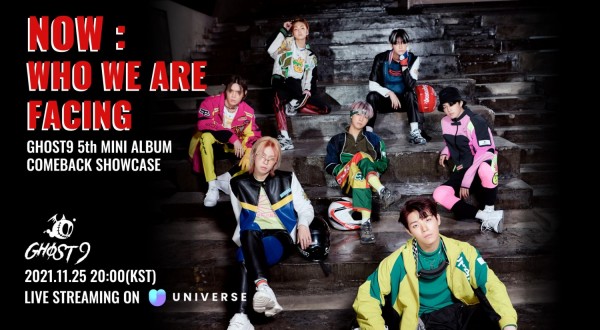 The showcase is free for anyone to watch through the UNIVERSE app, and 100 people will be provided with offline audience opportunities through a lottery.

Those who wish to attend the showcase can apply from November 16 to 18.

In addition, UNIVERSE plans to thoroughly comply with quarantine rules such as keeping a distance between seats for offline showcases.

UNIVERSE has recently completed an online comeback showcase of ATEEZ, AB6IX, Jo Yuri, and THE BOYZ, and is receiving favorable reviews from global fans.

Meanwhile, detailed information on the GHOST9 comeback showcase can be found on the Universe app and official SNS.

Shortly before their first anniversary in the industry this year, the seven-member boy group released their fourth EP "Now: When We Are in Love."

Each single they've released in between has been attracting fans through their versatility in their concepts, establishing themselves as a rapidly-growing idol group.