Dazed Korea has released their recent pictorial with former Kep1er Kim Dayeon along with a brief statement of the idol regarding the "Girls Planet 999" finale and her highly-anticipated debut.

On Nov. 23, Dazed Korea unveiled the photos they captured during their recent photoshoot with Kim Dayeon, who will soon debut in Kep1er.

On its official social media accounts, the magazine shared two photos and one video featuring the former "Girls Planet 999" contestant with different hairstyles and outfits.

In the images, not only did Kep1er Kim Dayeon boasts cute facial expressions but also displays a girl crush, showing off her various personalities.

Kim Dayeon's photos will be part of Dazed Korea's December 2021 issue. But besides her, the other Kep1er members will decorate the upcoming release as well. The magazine has previously revealed pictures featuring Shen Xiaoting and Kang Yeseo.

Kep1er is a new girl group composed of nine members selected through Mnet's "Girls Planet 999." A total of 175 countries around the world participated in the global voting for the program, and the total number of votes during the show's broadcast was 12.97 million.

In an interview that followed the pictorial with Dazed Korea, Kep1er Kim Dayeon talked about the time when the final episode of "Girls Planet 999" was broadcast.

She shared, "I'm happy that the viewers liked me and because of that I will debut as a member of a wonderful group called Kep1er."

Kim Dayeon added that words couldn't describe how she felt when her name was called as one of the winners during the finals of the survival show. "I actually didn't feel that I am going to debut in a group for about a week," she revealed.

The former "Girls Planet 999" contestant went on to say that her debut in Kep1er will be a different start of a new chapter for her.

Meanwhile, Dazed Korea is scheduled to release not only individual photos of the nine Kep1er members but also a video of the members at 2 p.m. and 10 p.m. KST for five days, from Nov. 22 to 26. Then, at 10 p.m. KST on Nov. 26, group photos and videos will be unveiled.

On Oct. 22, Mnet's "Girls Planet 999" came to its conclusion with a live broadcast finale. Only 18 contestants remained after the third elimination round.

There were two rounds of voting, the first was held over the past week and the second took place during the live broadcast. The votes during the finale were doubled and the top 9 trainees with the most votes will debut in the new girl group Kep1er.

After announcing the trainees who placed eighth, seventh, sixth and fifth, Kim Dayeon was announced as the contestant with the fourth most votes. She gained a total of 885,286 total points. 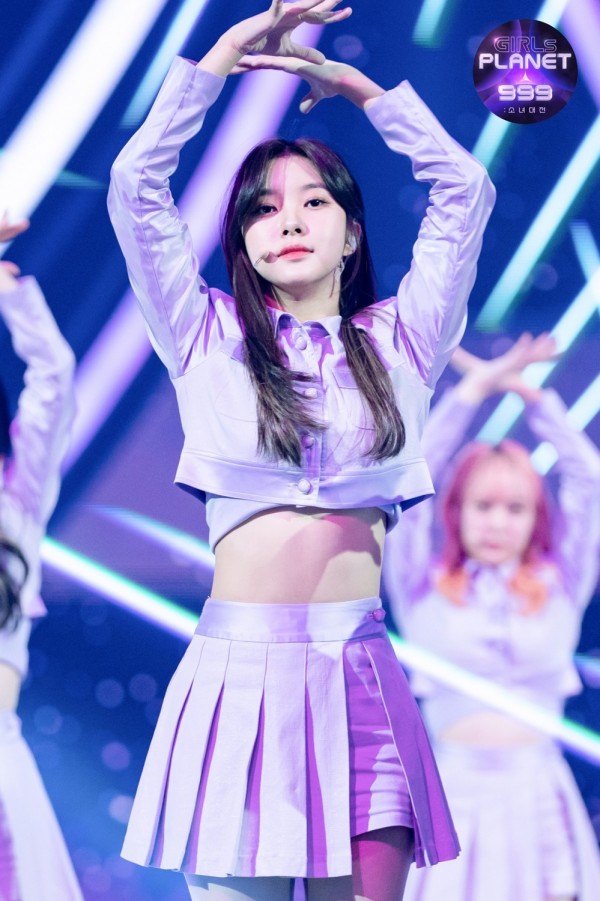 Kim Dayeon was considered the fastest-rising "Girls Planet 999" contestant as she unexpectedly rose to No. 2 during episode nine of the show, jumping eight spots in only one week.

It is also worth noting that Dayeon ranked first out of all 33 K-Group contestants in the preliminary Signal Song Evaluation. In addition to her singing and dancing, she is also praised for her leadership skills and choreographing.