AKMU's Lee Suhyun will finally be debuting as a soloist! 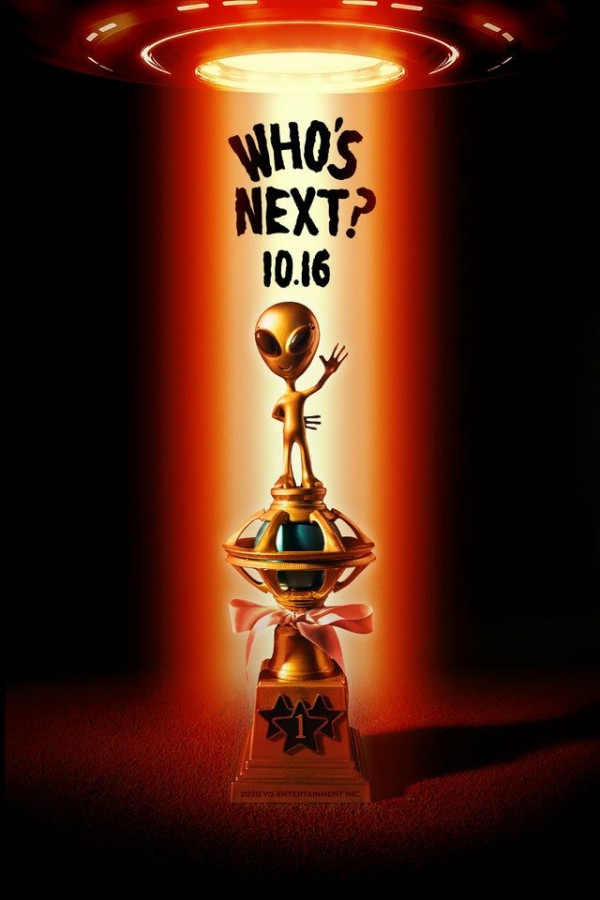 The official teaser photo shows an illustration of a UFO license with Lee Suhyun's name against a space-themed background. In Lee Suhyun's license photo, she is drawn with alien-like features, piquing interest in the upcoming release. 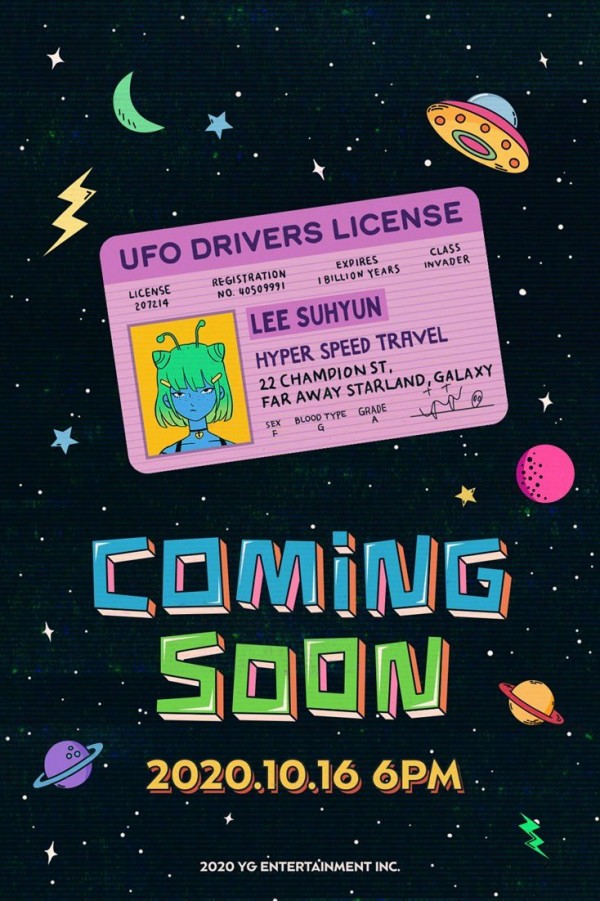 Back in August, YG Entertainment announced that AKMU will be releasing new music in different formats three times by the end of the year. This will be the first time a member of AKMU will be debuting as a soloist in the six years they have been a duo. Because of this, fans are highly anticipating her debut.

AKMU, also known as Akdong Musician, was first introduced to the public through the second season of "K-pop Star" back in 2012. In 2014, they made their official debut under YG Entertainment. Since then, member Lee Chanhyuk has proved his unique ability to write and compose songs, making him one of the strongest music sources in South Korea, and has produced numerous hit singles over the past six years.

AKMU's latest comeback, "How can I love the heartbreak, you're the one I love", which was released in September last year, is still loved by fans, ranking at 28th in the MelOn Daily Chart as of October 4, 2020.

Following the release of labelmate BLACKPINK's first full-length studio album, YG Entertainment plans to heat up the K-pop scene, even more, this fall by debuting Lee Suhyun as a soloist.

In a statement made to Ilgan Sports, YG Entertainment said, "As you can guess from the unique concept teaser released today, Lee Suhyun's first solo song has a very fresh and trendy vibe that is expected to rise above people's expectations".

It is said that Lee Suhyun, who has a voice that is refreshing and deep with emotions, will show a new side to herself that she has never shown before in AKMU. "Please look forward to it," YG Entertainment adds.

Lee Suhyun is a South Korea singer. Following her and her brother's appearance on "K-pop Star" in 2012, she debuted as the vocalist of the sibling duo AKMU in 2014 under YG Entertainment after the duo won the show. In 2015, she debuted with Lee Hi in the sub-unit Hi Suhyun. 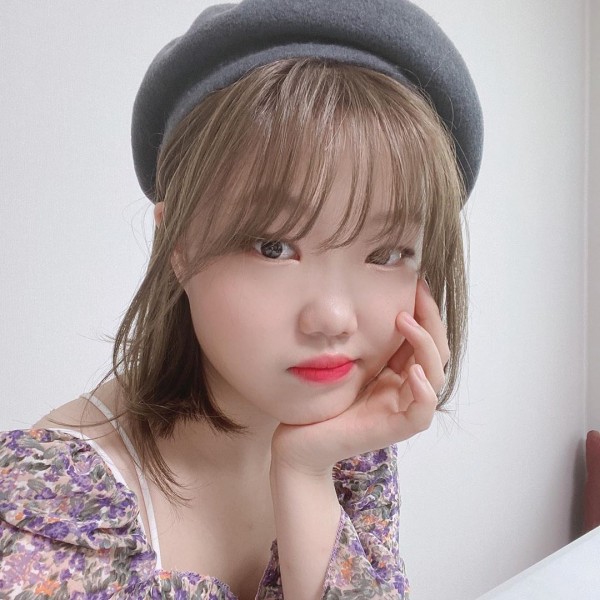 Lee Suhyun is also active as a television personality, appearing on shows such as "Relationship Appeal", "Begin Again", and more. In 2017, Lee Suhyun debuted as an actress with the Netflix series "Temporary Idol". In 2019, she appeared as the youngest and only female judge for the competition show "Superband".

Lee Suhyun is also active as a YouTuber with her channel, "Leesuhyun", originally named "MochiPeach". She uploaded videos relating to beauty and music. The channel has garnered over 1.48 million subscribers.

Lee Suhyun has also worked on the soundtrack of numerous K-dramas. Some dramas that she released OSTs for include "Mr. Sunshine" and "It's Okay to Not Be Okay". She also released the Korean version of the song "Reflection" for the live-action "Mulan" film, released in 2020.