In the K-pop industry, being an artist doesn't only require beauty and wit. The body shape is also highly considered by fans. Because of this, many K-pop stars, not only female artists but also male idols, would have to undergo a strict diet, at the same time regular exercise, just to achieve that ideal body shape.

ALSO READ: These K-Pop Idols Were Criticized for Being Fat + Their Weight Loss Transformations Will Inspire You

But even before they become celebrities, these 7 male idols already used to have overweight bodies. And so, these artists have to go through extreme diet before they made their debut.

During his school days, T.O.P is known to carry some extra weight. In fact, he used to weigh 90kg while he was still training at YG Entertainment. What he did to achieve and idol-like body shape is that he only consumed unsweetened jelly and drank mineral water. And, his snacks were only red beans, which he bought at traditional markets.

In only 40 days, T.O.P managed to lose 20kg. It is said that his major motivation for weight loss was what Yang Hyun-suk, former CEO of YGE, told him. Yang said that T.O.P will debut after he attains the ideal body weight. 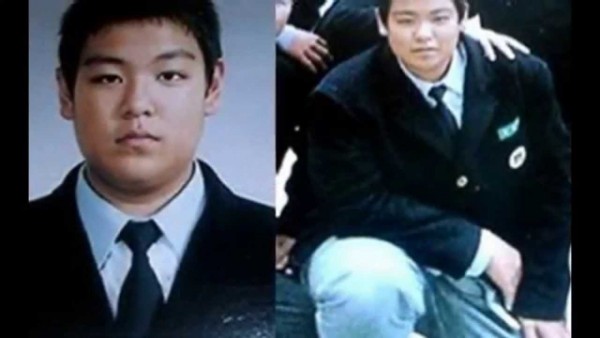 Many EXO fans are familiar with the fact that Xiumin used to be fat when he was still a student. In the Star Show 360 program, the male idol shared his four-hour method to lose weight. Besides exercise like walking in the morning, he said that he also ate on time. He also mentioned not eating anything before dinner.

Ryeowook is known to be one of the Super Juniors members with a very thin body. But actually, he used to be overweight when he was a teenager. The male idol used to weigh 82kg, but after his father told him not to eat too much, he slowly lost weight.

READ MORE: These K-pop Idols Experienced Fat-Shaming and Humiliation From The Public

In a previous interview published in a book, it was unveiled that BTS Jimin was pressured to become a perfect idol and that he had a strict diet to get the ideal body shape. The male idol said that during the "Blood Sweat & Tears" era, he undergone a strict diet that made him sick. After three months, his weight plummeted to 60kg.

P.O previously confessed that he used to weight over 100kg when he was still a high-school student. He then decided to lose weight as a part of preparation for his debut. In addition to balanced diet, he would also exercise to maintain a good shape.

In the "Knowing Brothers" show, BLOCK P.O shared that he and WINNER Mino went on an intense diet where they were able to lose more than 10kg.

In an episode of the KBS2 TV show "Vitamin" back in 2013, Yoseob revealed that he considered many methods of dieting, including boxing. According to him, this sport helped him lose weight naturally.

Lastly, HIGHLIGHT Doojoon was never really fat before. But based on his pre-debut photos, which spread online. In the first photo, he had chubby cheeks, but it seems like he went on a diet to make his cheeks thinner as seen in the second image. 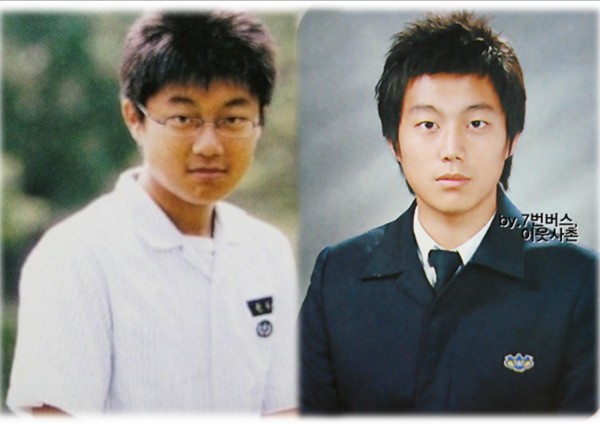