MONSTA X continues its streak across the Japanese market as "Flavors of Love" tops the Billboard Japan weekly albums chart.

The group's third Japanese-language album, and eighth overall, was first released last May 5. Since then it has soared across the charts - topping the Tower Records Japan weekly album charts and reaching the second spot at the Oricon Japanese albums charts.

Now, MONSTA X and "Flavors of Love" enjoy unwavering popularity in the country with the Billboard Japan success. Furthermore, its Billboard Japan performance was broadcast on TBS' popular TV program "Hayadoki!" The televised announcement only served to increase the group's reach as well as rouse the curiosity of its very wide audience base. Through the show, the viewers are updated weekly on which songs made it to the chart's Top 3 songs. 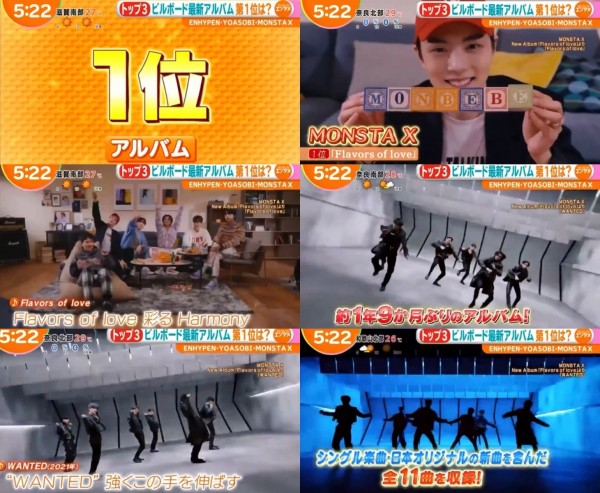 "Flavors of Love" is an eleven-track album that contains a mix of six previously released tracks such as "Wish on the Same Sky," "Love Killa," and "Wanted," together with five all-new Japanese tracks. The album is led by its title track of the same name, which was first released last April 14.

Fresh from the success of "Flavors of Love," MONSTA X is already gearing up towards its Korean comeback, "One Of A Kind," which is set for a June 1 release. Their ninth release overall comes seven months after their hit 2020 release, "Fatal Love," which hit the airwaves last November 2020.

See the "Flavors of Love" MV below: