APRIL Naeun's older sister announced that she is filing a lawsuit against a malicious commenter who accused her of bullying. 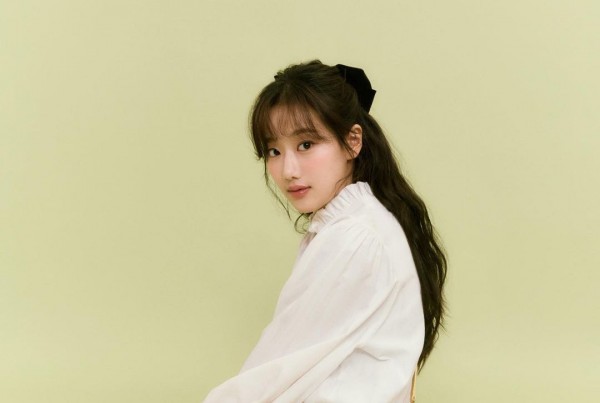 APRIL Naeun's Sister Files Lawsuit After Being Accused of Bullying

APRIL Naeun's older sister (hereafter referred to as "Lee"), a non-celebrity, had an exclusive interview with a Korean media outlet on June 16 KST, where she shares that she has never committed or have been a perpetrator of school bullying in all her life. In addition, she states that she does not know who wrote that comment about her.

Previously, on June 14, "Lee" was accused of being a perpetrator of school bullying after she shared on her personal Instagram account excerpts of Naeun's personal diary from 2016, that suggests that Naeun did not bully anyone, and instead, had suffered for a long period of time herself. "Lee" also claimed that Naeun was "too depressed to bully someone else."

IN CASE YOU MISSED IT: APRIL Naeun's Sister Accused of Bullying After Defending Naeun

In the interview with the media outlet, "Lee" explains that she had tried to get in touch with the alleged victim, but they also deleted their comment, and social media account that they had used to make the post, which made "Lee" have difficulty in finding them.

"Lee" revealed that netizens have been leaving malicious comments about her and her acquaintances, as well as sending her sexually explicit photos. "Lee," said that there is a significant amount of damage being done.

IN CASE YOU MISSED IT: APRIL's Jinsol and Naeun Deny Bullying Claims Against Former Member Hyunjoo in Personal Statements

"Lee" continued explaining her side, stating that she had attended an all-girls school and have never worn makeup during her school days. In addition, she has also never borrowed a P.E uniform from anyone. "Lee" also never had an acquaintance with the surname "Song," to which the post had claimed that she was, and concludes that the post was fabricated with malicious intent.

"I haven't been able to contact the person in any form, and I have never experienced [or done] anything similar to what they have described me of, so I can't even being to suspect who the person could be," said "Lee."

"Lee" then reveals that she has decided to file lawsuits. As of now, she has filed five lawsuits against those who have left malicious comments and will continue to do so accordingly.

IN CASE YOU MISSED IT: DSP Media Files Appeal Against the Acquittal of Former APRIL Member Hyunjoo's Acquaintance

What are your thoughts on Naeun's older sister filing lawsuits?