On June 25, KST, the five-member group had accumulated more than 10 million followers on their official account on TikTok, making TXT the second K-Pop male group to do so after their fellow labelmates and seniors, BTS, to have the highest number of followers.

In addition, they are the third K-Pop group overall to surpass the 10 million mark after BTS and YG Entertainment's girl group, BLACKPINK.

TXT has been enthusiastically supported by people of all ages around the world by sharing their own stories through music and their performances, as well as providing entertainment to fans on the "Gen Z playground," Tik Tok.

IN CASE YOU MISSED IT: TWICE, TXT, and More Dominate Top 5 of Billboard World Albums Chart

Not only that, but the accumulated number of likes that TXT have received throughout all of their contents posted on the platform had surpassed 234.5 million likes in total, making TXT the second most-liked Korean artist on TikTok after BTS. 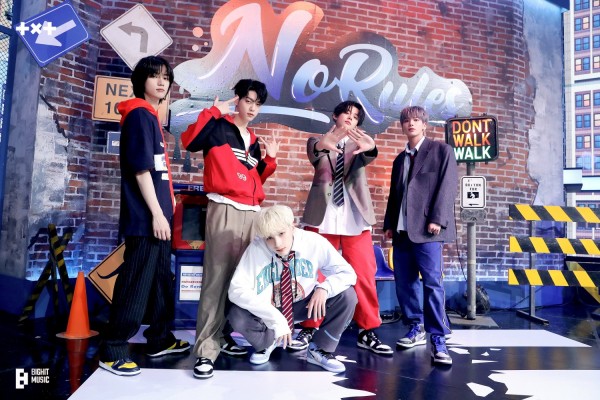 As of June 25, there were more than125,000 videos on the platform that made use of the song group's song "Blue Hour," which is the title track of their third mini-album "Minisode1: Blue hour." There are also more than 106,000 videos that made use of their new song "Anti-Romantic," which was released as part of their second regular album, "The Chaos Chapter: FREEZE," less than a month ago on May 31.

In particular, "Anti-Romantic" became a success through word-of-mouth from the users of TikTok without the use of any special promotion. "Anti-Romantic," tells of the story of wanting to stay away from love that only leaves scars on their hearts, but in the end, they become conflicted as they can't stop their feelings.

The catchy lyrics of "Anti-Romantic," in contrast with its romantic melody, and the lyrics that portray wanting to have a relationship with others but has a fear of relationships, is gaining attraction from people from Gen Z and has become a trend on Tik Tok.

On the other hand, TXT proved their status as the representative of the fourth-generation idols by taking the no.5 spot on Billboard 200 with their new album, "The Chaos Chapter: FREEZE."

The group also released a new version of their album's title track, "0X1=LOVESONG (I Know I Love You)," which now features Woodie Gochild, pH-1, and Seori in the new version, back on June 25 on various music streaming platforms such as Spotify, Apple Music, Deezer, and more.

Listen to TXT "0X1=LOVESONG (I Know I Love You)" new version here:

Congratulations to TXT on their new milestone!