Red Velvet member Irene has shown a more cheerful visual than what most are used to, and people are loving it! Is she letting go of her "ice queen" persona? Keep on reading for all the details. 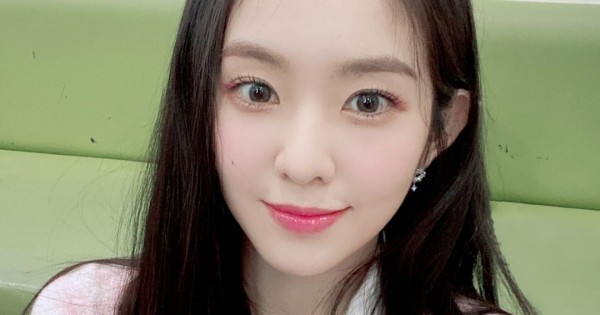 On August 20, Red Velvet performed their latest release, "Queendom," on KBS's music program "Music Bank." On South Korean online community forums, Irene has caused a frenzy, as it is her first televised performance in ten months since her gapjil scandal last May. Despite being heavily criticized for the scandal, many are praising the idol's beautiful and youthful appearance on stage.

Among the individual fan cams released of the Red Velvet members, Irene's is the most viewed, surpassing 457,000 views, with over 30,000 likes 3,500 comments. Many praised Irene's youthful beauty, with many saying that they cannot believe she is 30 years old. Her pastel pink outfit makes her look young and fresh. Though she is petite, Irene's radiant visuals and professionalist allow her to stand out.

In addition to compliments about her appearance, many also commented that Irene's dance skills and stage charisma have greatly improved. The female idol appeared to have more energy in her dance steps, and her facial expressions seemed more cheerful and lively compared to her past performance. One fan who watched Irene's performance said, "Her dance is elegant, her vocals are stable, and her facial expressions are good. Irene is the perfect idol."

Many now believe that Irene really did use her hiatus to self-reflect, as Irene is showing positive changes and a newfound passion for her career as an idol.

People commented that prior to the scandal, Irene always appeared downcast and cold. Following her hiatus, however, Irene seemed to laugh more and seems happier. People note that she must have been under a lot of pressure following her scandal, but she did her best to bring out her best image as not to disappoint fans.

Overall, Irene was praised for changing her image and for looking warmer and happier. She was also commended for learning and improving, and many believe she will become an idol who smiles and laughs more often.

What do you think of Irene's return to K-pop? Tell us in the comments below!