aespa member Winter's comments confessing she nearly gave up raising the group's pet lizard has resurfaced following her animal abuse controversy. Keep on reading for all the details. 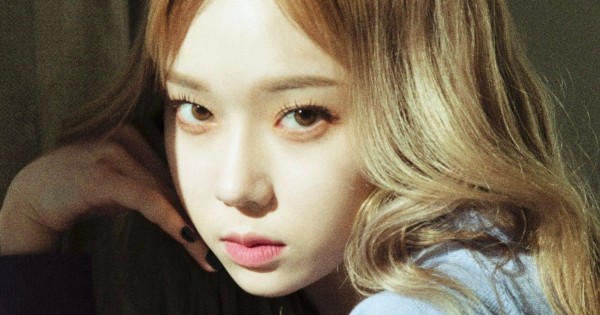 Following accusations that aespa member Winter abused her 25 pet hamsters in middle school as well as a cat, her comments about raising the group's lizard have resurfaced.

In the past, Winter sent fans a message through the paid community service app Bubble, which allows celebrities to communicate with their fanbase. She revealed that Ningning adopted a pet lizard name Poopy (Dong-i in Korean) in the message. Furthermore, she revealed that the lizard had smelled so bad on that day that she "almost gave up on raising" the lizard. 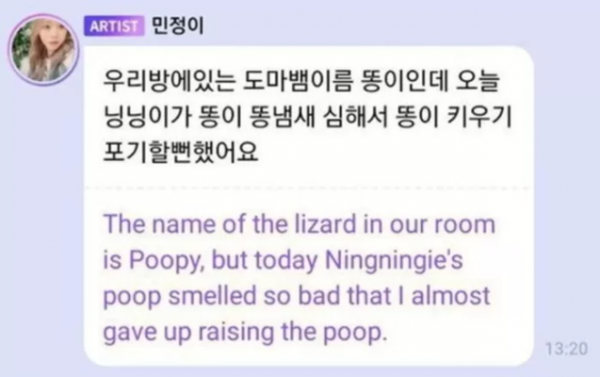 While people did not pay any attention to the comment at the time, people are now seeing it in a new light after the video of her allegedly abusing a cat and the chat log of her revealing she gave up 24 out of her 25 hamsters was revealed. Many people commented that even if she meant it as a joke, it only made her look worse due to her current controversy.

People are disappointed about her attitude towards animals and say that since she has considered getting rid of the lizard, they hope that the other aespa members raise the pet instead of Winter.

The animal abuse controversy started on August 25, when Winter shared a video of her with a cat on Bubble. In the video, Winter is seen telling a cat "No" as they approach her. When she lowered her hand to pet the animal, people criticized her for being too rough and for hitting the cat's face with her fingers. People also claim that she scratched the cat's head too roughly, as the cat is seen backing away.

As the cat backs away from her, Winter lets out a loud, high-pitched "meow" that scares the cat, causing the feline to hurry away from her. At this, Winter is heard laughing.

People criticized the female idol for scaring the cat, saying that even humans would be shocked if someone made a loud sound out of nowhere. Winter was additionally slammed for bullying the feline.

Following this, Winter's statements about raising hamsters were brought to light. On August 31, Winter revealed that when she was in middle school, she owned 25 hamsters. She tells fans she initially started with two hamsters, but they "got along really well," and they ended up with 25 hamsters.

While she expressed affection for the baby hamsters, saying they were cute when they were just born, Winter revealed she gave up raising 24 hamsters and only kept one sick hamster. This alarmed many, as she did not reveal what happened to the other 24 hamsters.

Winter was slammed for not correctly studying how to raise hamsters. These types of animals are meant to be separated into different cages as they are territorial and live independently. When other hamsters are in their area, they get stressed and violent, ultimately killing each other. Seeing as Winter's hamsters were able to mate, people believe she did not study how to raise the pets and kept them in the same cage.