On Wednesday, Feb. 24, tvN released the trailer for their upcoming drama "Drama Stage 2021 - Mint Condition," which will be released on Mar. 4. Controversy arose once people noted Yeri's outfit as a nurse, calling out the drama for sexual objectification. Keep on reading to learn more.

Yeri is seen acting as a nurse in the "Drama Stage 2021 - Mint Condition" trailer. Many people were highly anticipating Yeri's appearance, as it is Yeri's first time tackling acting, making this her official debut as an actress. However, people were highly disappointed and critical once they saw what Yeri was wearing.

In the trailer, Yeri is seen wearing a short skirt with her nails painted red. Her character is a nurse named Hong Chae Ri, a nurse in the Radiology Department who is known for her striking visuals and independent personality. While people understand that it may play up to her character's attitude, people are still upset at how nurses are being portrayed by media.

Viewers left negative comments concerning the trailer. Several asked why they had to make characters who are nurses wear sexy clothing rather than the appropriate scrubs nurses actually wear. Others also said that they feel bad for nurses, who are constantly sexually objectified in popular culture. Some comments left were sarcastic, wondering which hospital nurses have who wear mini skirts.

Others, however, defended tvN and Yeri, saying that the costume choice may have something to do with the drama's plot and setting and to wait before they give any negative feedback.

"Drama Stage 2021 - Mint Condition" is a heart-warming comedy about an elderly man who transforms into a young man in his 20s following a breakdown of an MRI machine. With his new life, he tries to adapt to his newfound youth and to fit in with a group of young Hip Hop artists.

Yeri is not the first female idol to be caught in a sexy nurse costume controversy. Back in Oct. 2020, Jennie and YG Entertainment were slammed for Jennie's nurse outfit during her rap scene in the "Lovesick Girls" music video. In the scene, Jennie is seen in a red and white nurse outfit, with a short mini skirt, red heels, and a nurse cap with a heart on it. She is also seen wearing a tight shirt, sinched in with a white belt.

Many slammed the costume decision, stating that it was disrespectful to paint front liners in sexy clothing. They accused YG Entertainment and BLACKPINK of causing harm to the reputation of nurses. Korea's Health and Medical Union also called out YG Entertainment for sexual objectification and demanded they delete the scene from the music video.

YG Entertainment ultimately edited the music video to remove the scene and apologized for the harm they have caused. 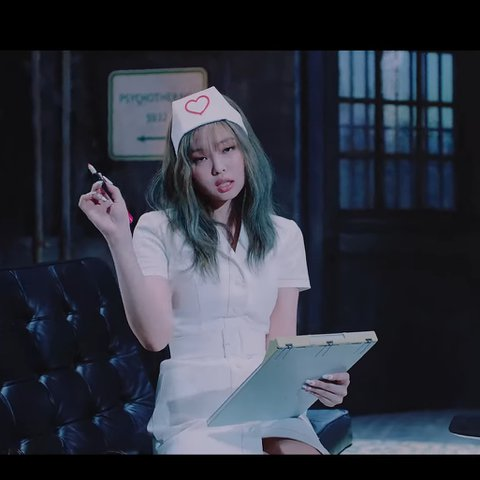