WJSN member Bona recently revealed why her and BLACKPINK member Jisoo's friendship works so well, and it might not be what you think! Keep on reading to learn more!

WJSN's Bona Reveals How She and BLACKPINK's Jisoo Keep in Touch

On Apr. 1, WJSN appeared on the SBS POWER FM radio show, "Young Street." During the talk, host Lee Joon asked Bona which celebrity friend she has been keeping in touch with most recently.

There, she revealed that the friend she has been keeping in touch with is BLACKPINK member Jisoo. 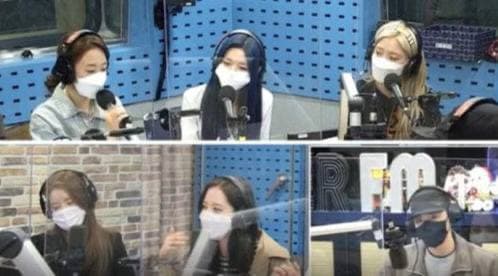 She then revealed a secret to their super strong friendship — and it is their compatible communication style!

"You know how there are people who reply really fast, but there are also people who reply super slow? I am the latter kind. When Jisoo and I message each other, we only exchange, like, one or two texts a day. Jisoo is like me. We are similar in that way."

Bona laughed as she revealed that sometimes, the two don't reply to each other for two to three days! They are understanding, however, and are still the best of friends. Both Bona and Jisoo are busy idols, so it makes sense that time just slips without answering!

What is your texting style? Do you reply fast, or do you reply slow? Tell us in the comments below!

How did BLACKPINK Jisoo and WJSN Bona Become Friends?

Bona has not shied away from showing how much she likes Jisoo and was often seen commenting on Jisoo's Instagram posts.

Soon, Jisoo was repaying Bona's kindness and commented on Bona's Instagram photo! Jisoo is not following anyone on her Instagram account, meaning she had to search for Bona's Instagram herself. However, the two's first public interaction was not until late 2016, during an "Inkigayo" broadcast. Jisoo was seen taking off confetti from Bona's hair. So cute!

It appears that the two have been close friends since then! In Aug. 2019, Jisoo had a schedule with Dior but immediately went to meet up with Bona after to celebrate her birthday. On Dec. 30, 2019, Bona and Jisoo were spotted hanging out before New Years'! How cute!

Look at how cute and genuine Bona and Jisoo’s friendship is.

190819: Jisoo had a public sched with Dior, but she met up with Bona after to celebrate the latter’s birthday
191230: Before 2019 ended, and four days before Jisoo’s birthday, she and Bona went out again#BONA #JISOO pic.twitter.com/GsKRHivwVn

Do you have a Bona or Jisoo in your life?