On Tuesday, Jun. 15, Somyi shared several photos of herself on Instagram with the caption "My first body profile in my whole life."

In her post, she revealed that she had taken photos showing off her figure with FM Studio and revealed she was nervous and worried about the pictures because it was her first time exposing herself in such a manner.

In her post, she gave thanks to the studio that snapped the shots of her and the people who helped her pose and helped with her diet and exercise for the shoot.

Somyi boasts an unbelievably narrow waistline in her photos while she takes a bite from a cake, showing off a refreshing pose. In the photo, she is seen wearing a tiny checkered cropped shirt that reveals her abs. 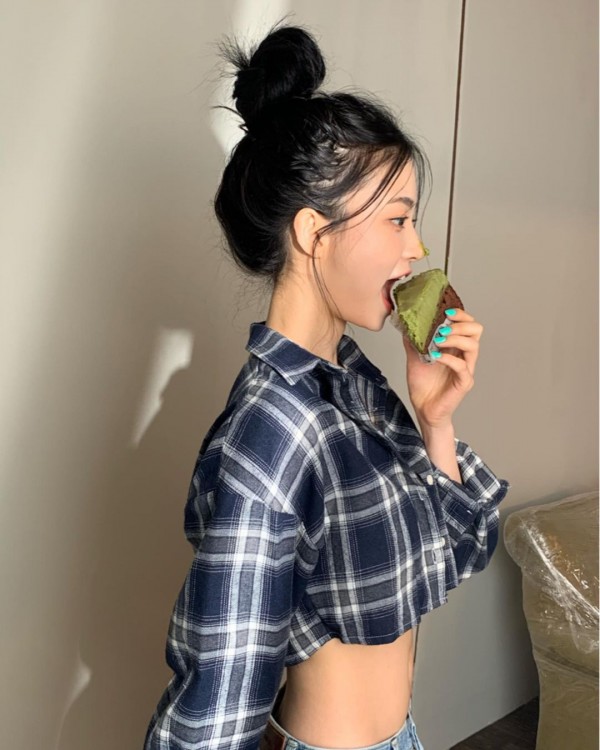 ALSO READ: Former DIA Eunjin Claims Her Time in the Group 'Damaged' Her

However, the photo that is grabbing attention is a mirror selfie Somyi posted! In the image, Somyi covers her face with a mirror as she snaps a mirror selfie. The idol is seen wearing the same checked cropped shirt. However, the shirt is unbuttoned and reveals some skin underneath. The idol is not wearing a bra to cover her upper body, and fans are teased with a peek of her chest.

Somyi's shocking transformation has surprised fans. During her time with DIA, Somyi rocked an innocent image. As the group's maknae, she has always been known as a pure and cute member of the group. The idol has definitely grown up and has caused the hearts of both male and female fans to flutter!

Somyi debuted with DIA in 2017 as a new addition to the group alongside Jueun. While promoting with DIA, she took the position of lead dancer, vocalist, rapper, and maknae. 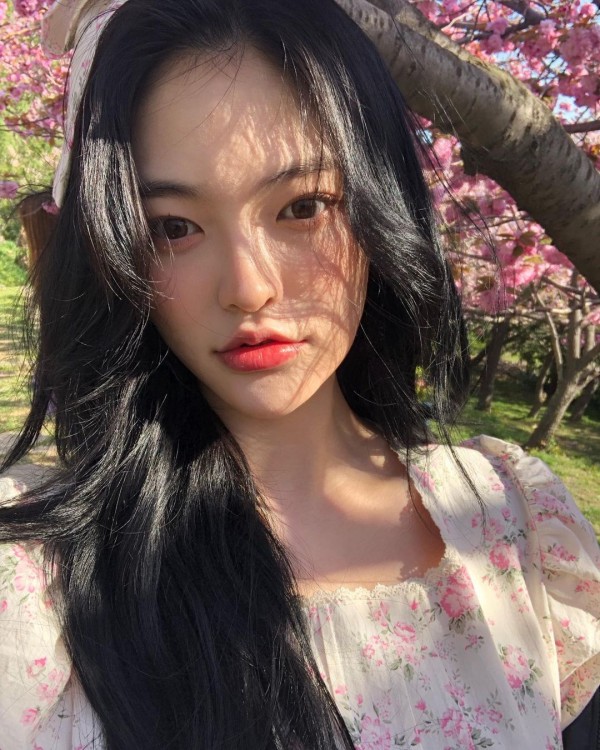 Somyi has not promoted with DIA since their 2019 release, "Woowa." In May 2020, DIA made a comeback with their sixth mini-album, "Flower 4 Seasons." The group promoted without Chaeyeon and Somyi. In Nov. 2020, it was announced DIA would make another comeback that would include Chaeyeon, but Somyi would remain on hiatus.

Fans have expressed their worries for Somyi after the idol made a concerning Instagram Live in which she appeared distressed. She hinted that her label, MBK Entertainment (now PocketDol Studio), was preventing her from returning to the group. The company has not made a statement on these speculations.