Kris Wu, a former member of EXO, has taken to Weibo to deny the sexual assault accusations made against him by Chinese influencer Du Meizhu.

On Monday, July 19, former EXO member Kris took to Weibo to deny the sexual assault allegations made against him by Chinese influencer Du Meizhu.

Previously, the Chinese student and influencer accused Kris Wu of assaulting her and 30 other victims, some being minors.

In his statement, Kris Wu claims he held off addressing the situation due to the legal proceedings. However, during his time of silence, he was caught off-guard by the rumors becoming more severe and says he is now at the "end of his rope."

Kris Wu claims he had only met Du Meizhu once at a friendly gathering on December 5, 2020. Kris states that nobody was forced to drink alcohol, no phones were confiscated, and no one was sexually assaulted.

The "Tough Pill" singer adds that the people who were present in this gathering could testify to these.

He stresses that he did not seduce, drug, or rape anyone and that there were no underaged girls. "If I behaved like this, please rest assured everyone, I would put myself in jail! I will take legal responsibility for everything I have just said!" he concludes in his Weibo post.

On July 8, Du Meizhu, a Chinese influencer and student, accused Kris Wu of flirting with underage girls. She claims the Chinese idol had a separate WeChat number to text underage girls but that the account has since been deactivated.

However, she has screenshots of messages with the number. 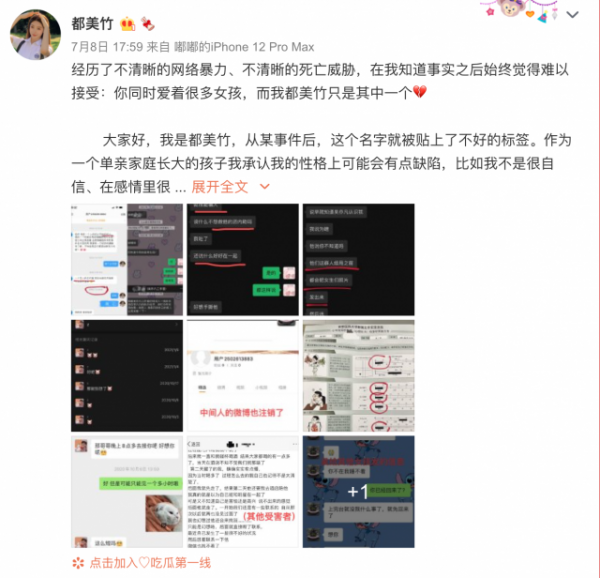 She states that Kris Wu looks for girls born after 2000 and minors who are preparing to take China's national college entrance exam. Under the premise that he is casting for a leading lady for his music or signing a new artist under his studio, he allegedly invites these underage girls to hang out, play drinking games with them, and get them intoxicated.

Then, once they are passed out, he allegedly rapes these girls.

In response, Kris Wu announced he would be taking legal action against Du Meizhu. Du Meizhu then stated that she is filing a case against Kris Wu and that she will actively participate with the authorities to reveal the truth about the situation. 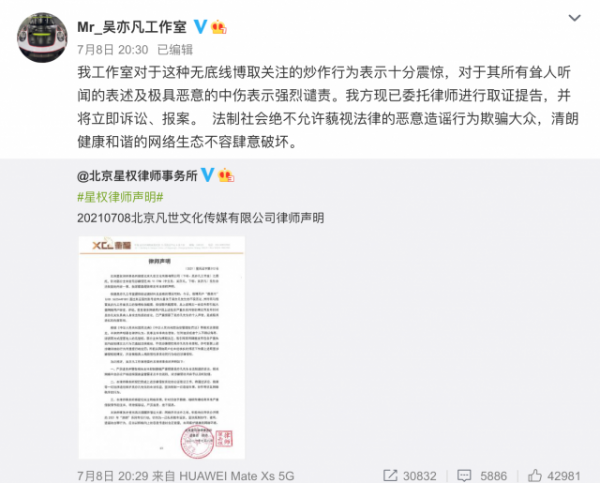 In an interview, Du Meizhu claims that a staff member from Kris Wu's company reached out to her in an attempt to settle the issue out of court. They apologized for the recent events and attempted to offer 1 million RMB to the female if she were to delete her posts, admit she was wrong and express shame for being blinded by fake facts, and promise that she will not incite others to ask for demands against Kris. 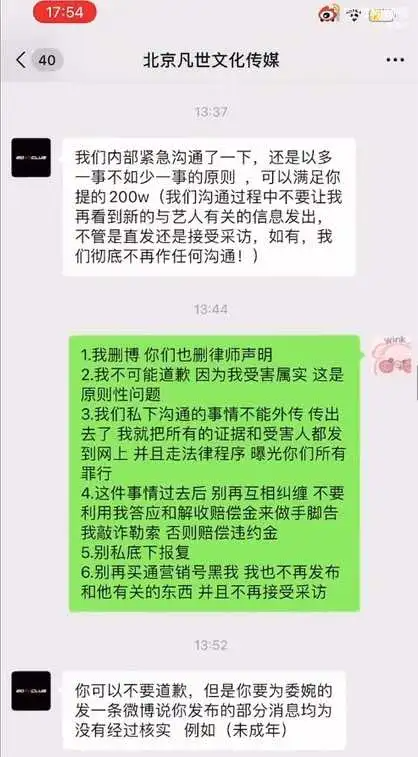 Du Meizhu replied that she would require at least 2 million RMB, and that if she were to delete her posts, then Kris Wu's studio must release a legal statement. She also stated she would not apologize for her post as she is a victim herself.

Du Meizhu then said that if she accepts, they should not reveal the deal they discussed, should not pester her after the incident, and not buy marketing accounts to smear her.

If they were to break her terms, she would release all the evidence and the information of the victims online and pursue legal action. 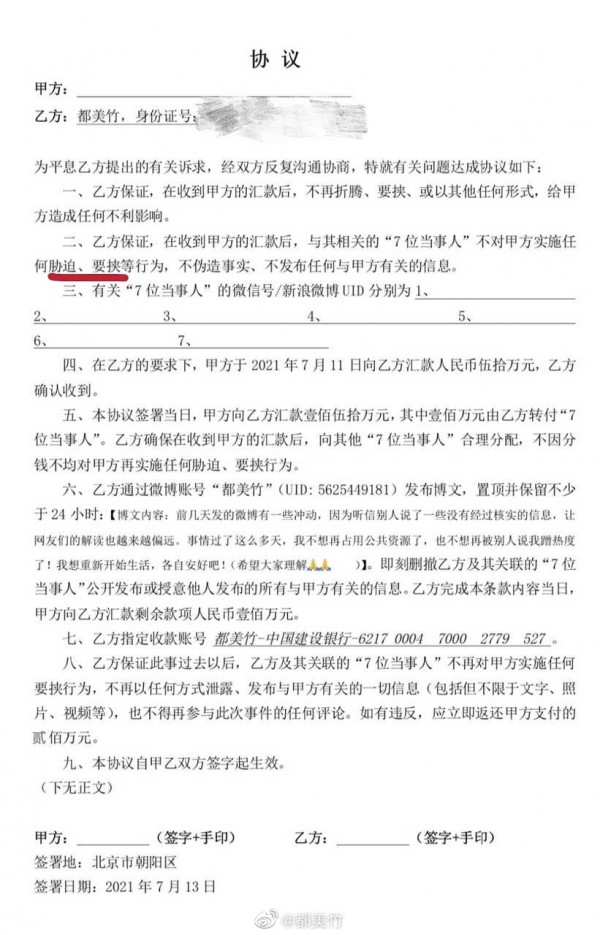 She then shared screenshots of money being transferred to her account without her permission by "WU YI FAN" and "WU STACEY YU." Wu Yi Fan is Kris Wu's real name, and Wu Stacey Yu is Kris's mom. 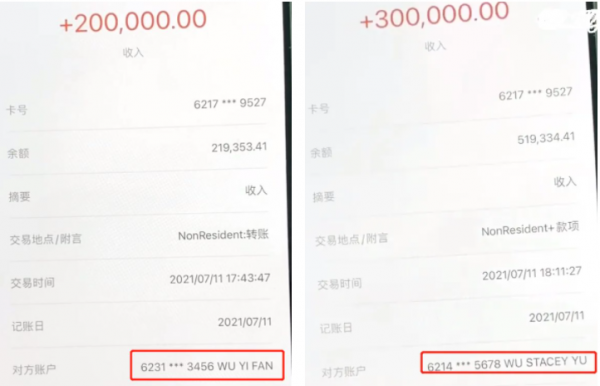 Kris Wu's studio has not responded to Du Meizhu's post concerning the settlement.