On August 25, Dispatch released a list of female K-pop idols who rocked Y2K looks the best. 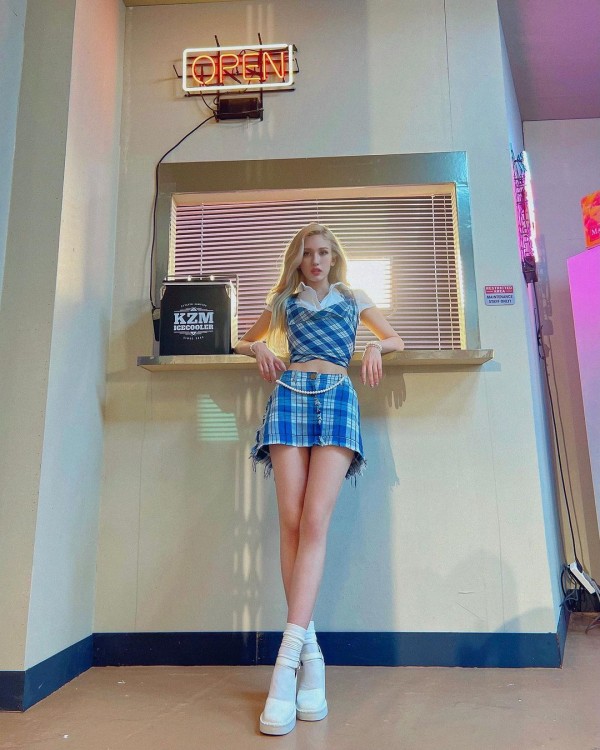 For Jeon Somi's music video "Dumb Dumb," the idol was seen in various Y2K-inspired fashion looks. The look Dispatch selected, however, is her iconic blue plaid uniform look. Jeon Somi was seen wearing the look for the music video's cafeteria scene, and she definitely turned heads with how amazing it made her figure look. 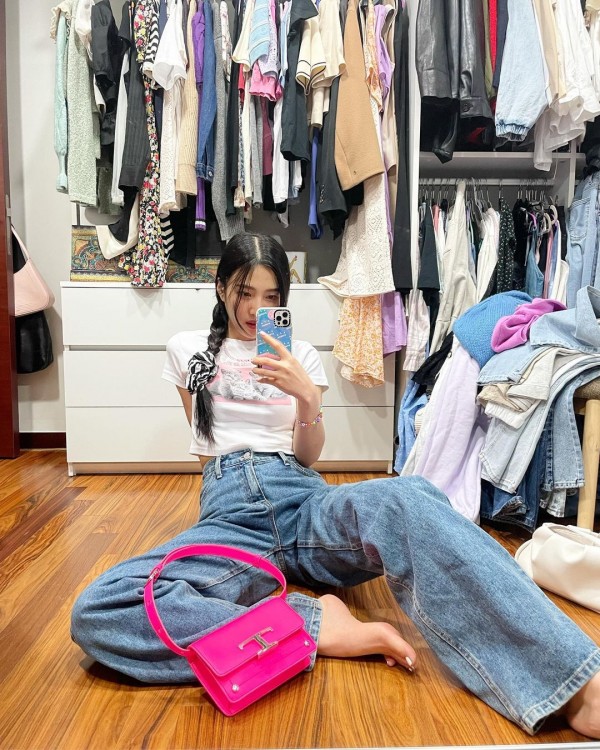 Though Joy has often rocked Y2K on Instagram, the look Dispatch selected is both chic and casual. Joy is seen wearing a white crop top with a cat photo on the center in her image. She is then seen wearing light-wash mom jeans paired with a hot pink purse. Her hair is tied in a cute braid with a scrunchie, with some hair strands framing her face. Joy looks like the girl next door we all love! 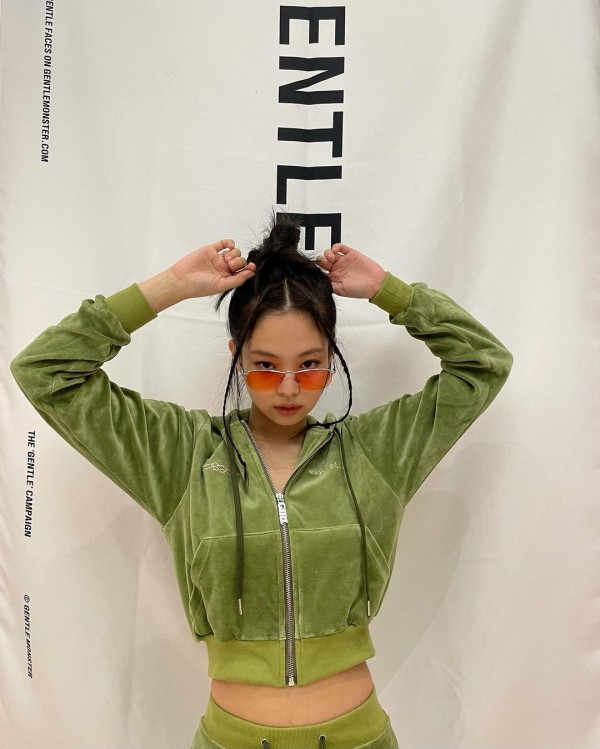 The Jennie look Dispatch selected went viral for how Y2K she looked! In her photo, the "SOLO" songstress was seen in a green velour tracksuit, which is considered the staple outfit of the late 90s and the early 2000s. She paired her tracksuit with orange-tinted sunglasses while she placed her hair in a chic bun. Jennie is serving Juicy Couture vibes! 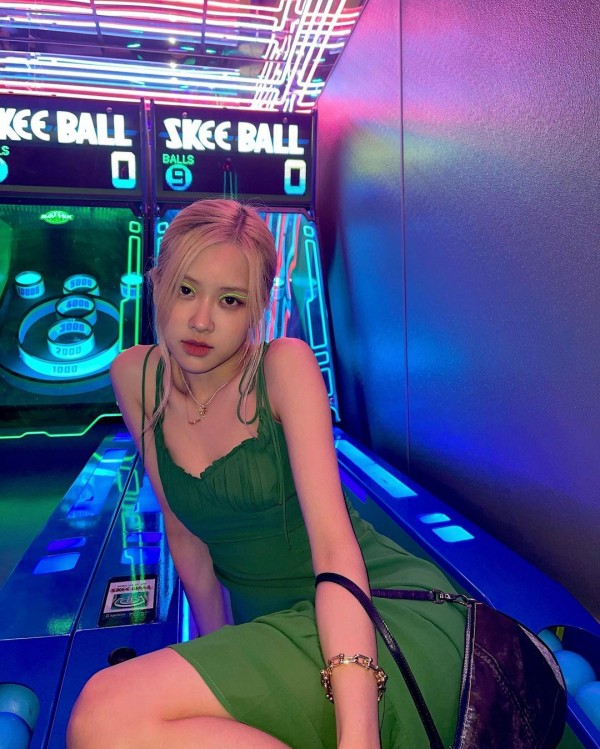 Rosé's Y2K look may appear simple, but it definitely stands out. While in Los Angeles, Rosé was seen in an arcade with friends and fellow BLACKPINK member Jennie. In her photos, Rosé is seen an emerald green maxi dress and a black baguette bag. However, the thing that really pulls her look together? Her neon eyeliner, which was all the rage back in the early 2000s! 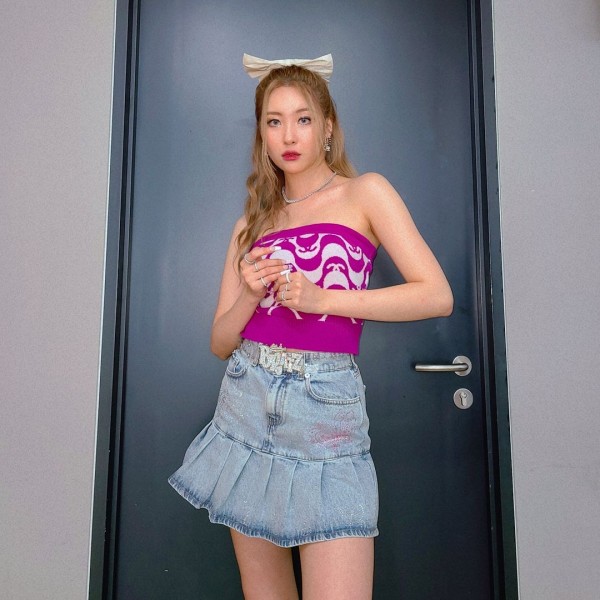 For her most recent release, "You can't sit with us," Sunmi donned a Y2K concept. As someone who spent her formative years during the era, Sunmi definitely pulls off the concept well! The look Dispatch selected from the idol has Sunmi in a purple tube top with a groovy print paired with a light-wash denim skirt. Her hair is adorned with a white bow, and she is seen wearing a Bratz belt around her hips. Which 2000s girl doesn't know Bratz?

Another K-pop idol who made a comeback with the Y2K concept is Taeyeon with "Weekend." In the look Dispatch selected from the idol, Taeyeon s seen pretty in pink! The idol is seen in a pink velour tracksuit, though hers differs from the traditional tracksuit due to the shorts. In addition, she is seen wearing a Juicy Couture tube top, a chain belt, and a bandana on her hair. 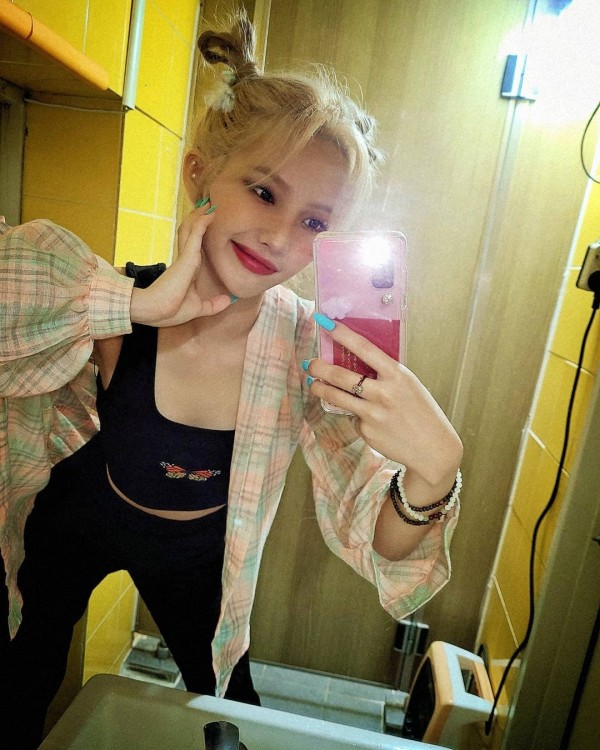 Soyeon has shown off her love for Y2K fashion on Instagram numerous times. However, the look Dispatch selected from the idol is casual and can be worn by anyone! The idol is seen wearing a tank top with a butterfly on it paired with black pants and a pastel-colored flannel. Would you cop this look? 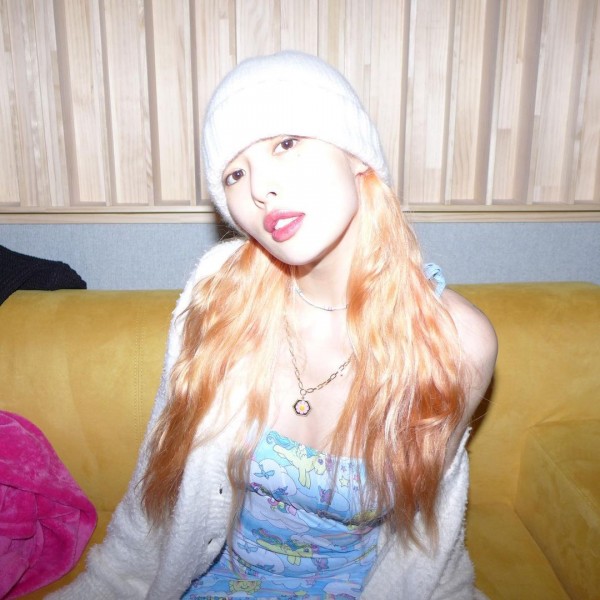 Last but not least, we have soloist HyunA! The idol is known for her retro style, so it is no surprise she is one of K-pop's Y2K queens! The look Dispatch selected shows HyunA in a mini sundress that is adorned with My Little Pony designs. She is also seen wearing a fluffy white cardigan which pairs perfectly with her white beanie.

Did your favorite female idol make the list? Tell us in the comments below!