ARMY definitely believes RM has a stan account as he proves he knows everything that's been happening - down to the recent issue fans had with James Corden.

Back in September, BTS had attended the 76th General Assembly held by the United Nations, where the seven members delivered a speech as South Korean President Moon Jae In's Special Presidential Envoys.

With the United Nations being the world's largest and most-recognized intergovernmental organization, both BTS and ARMY felt honored and proud that the group was able to be part of such an important social cause.

Which is why it came to no surprise that ARMY would immediately protect BTS if less than appropriate words were said against them, with "The Late Late Night" host James Corden being one to draw fans' ire recently.

IN CASE YOU MISSED IT: Foreign Media Outlets Express Confusion Over BTS Only Receiving One Nomination at the 2022 Grammy Awards 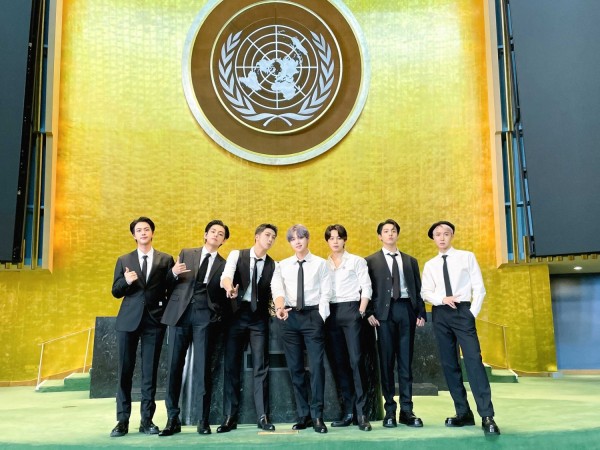 Following BTS' United Nations appearance, James Corden commented during an episode of the show that "The United Nations General Assembly kicked off this morning in New York City, and it started with some pretty unusual visitors. BTS were there. BTS visited the UN."

He added that it was a "Historic moment. It actually marks the first time that 15-year-old girls everywhere found themselves wishing that they were Secretary General António Guterres."

ARMY later called out James Corden for his words, revoking his "Papa Mochi" title, and even began "cancelling" him. In fact, BTS' appearance on "The Late Late Show" drew mixed reactions.

On November 23 local time, BTS made an in-person guest appearance on the show after almost two years as part of their activities in the United States, where they sat down for a talk with James Corden and performed their latest hit single "Permission to Dance."

During their talk, leader RM might have just proved that he owns a stan account after bringing up the issue of James Corden with ARMY. 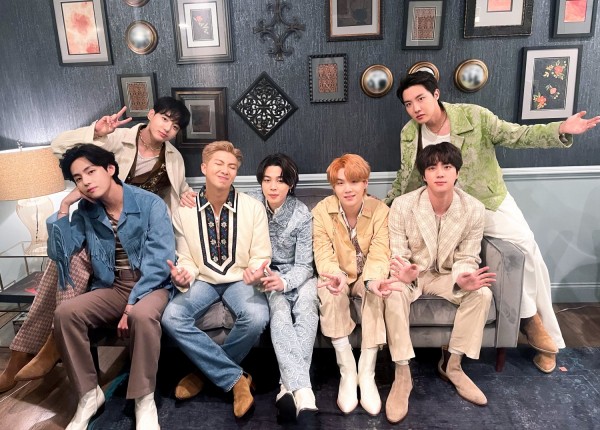 James Corden started off by asking how everyone was as it's been two years since they last saw each other.

"It's so good to be back. We're very well. But James, how about you? You've been in some hot water with ARMY. Are you alright?" RM asked.

Hearing this, James Corden immediately became flustered and explained his side of the story. He clarified that he didn't mean to offend anyone, especially BTS and ARMY, and that he is also a big fan of BTS. He also apologizes to ARMY for hurting their feelings.

IN CASE YOU MISSED IT: South Korean President Moon Jae In Congratulates BTS for AMAs Win 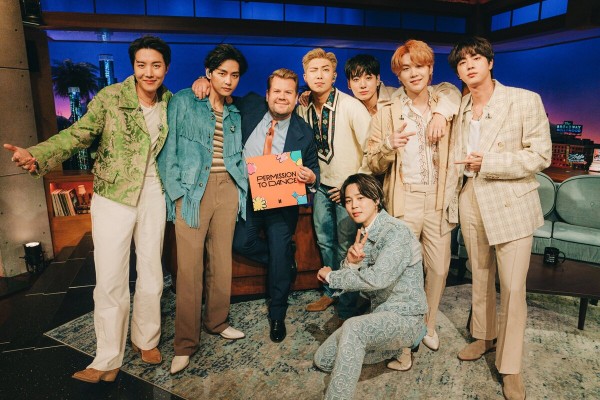 RM, being the amazing leader he is, shook hands with James Corden and said, "It's alright. We appreciate your apology. We just wanted to clear the air."

His "Papa Mochi" title has also been reinstated by Jimin himself, saying, "I believe in you."

And now, the moment you’ve all been waiting for… Namjoon asks James about ~that~ joke 😬 #BTSxLateLate pic.twitter.com/9Anrdjz995