On Saturday, Dec. 12, "The Fact Music Awards" (TMA) 2020 was held. During BTS's encore stage, they were abruptly cut off from performing. Keep on reading about it here.

During this year's (2020) TMA, BTS took home four awards. The boys bagged the following awards: "Artist of the Year," "Worldwide Icon," "Listener's Choice," and the "Daesang." This is BTS's third year in a row to win the major award, showing their unwavering popularity. 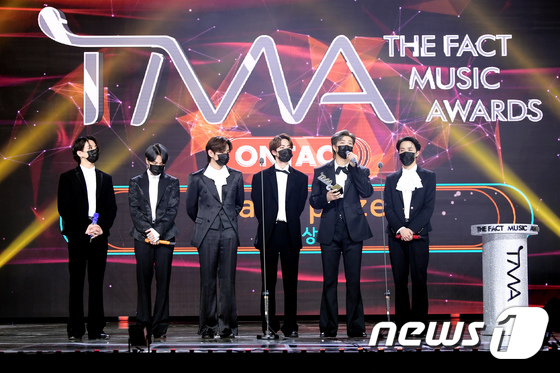 RM took the mic for their acceptance speech. He took time to mention that this year has been incredibly difficult for not just BTS, but for everyone else as well. They thanked their fans, those who listened to their music, their staff members, their Big Hit Entertainment family who has shown BTS love and support no matter what.

RM also took time to remember all the other artists. He mentions that artists have had difficulties with work and concerts and that he wants to dedicate the Daesang award to all the artists who are doing as much as they can during these uncertain times. 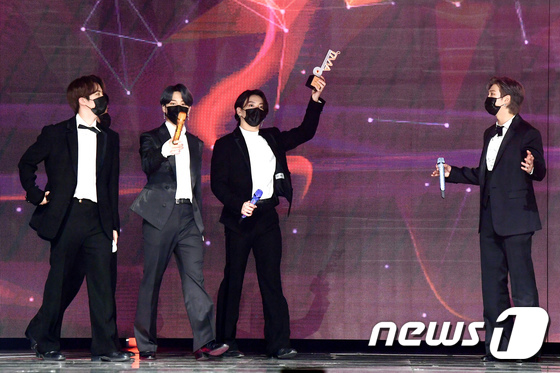 RM's whole speech in English is:

"First off, it has been a really long time since we received such a classic award like the 'Daesang.' Just like its name, it is a very big award, so we will receive this award with a big heart. This year, it has been a very difficult situation for not just us, but for everyone. We also tried to show that we were working hard and trying various different things. It is reassuring and we are very thankful that after getting this award, we were able to come back with good results. We are extremely thankful to our fans, the listeners, our staff members, and our Big Hit Entertainment family who has always shown us love and support and always shows interest in us.

Honestly, this year [has been difficult], not just for us but for everyone as well, including the many artists who are here today and are unable to do offline concerts, and have to produce work in this difficult situation. I do not know how we can dare take such a big award in a place in which all of these great artists are. I want to return all the glory of this Daesang to all those artists who are making music with such gentleness and care with their big hearts in an age in which live concerts are not possible. Next year, we will not forget the place in which we stand, and just as we have received this Daesang award, we will work harder to spread hope and comfort. Without change, we will become a BTS that can both sing and dance authentically. Thank you for giving us so much love."

After BTS gave their speech, the boy held an encore stage with their first number-one hit single "Dynamite." The members were seen laughing and enjoying the stage as they celebrated their win. However, in the middle of the song, just right after member V's part, the audio suddenly cut. 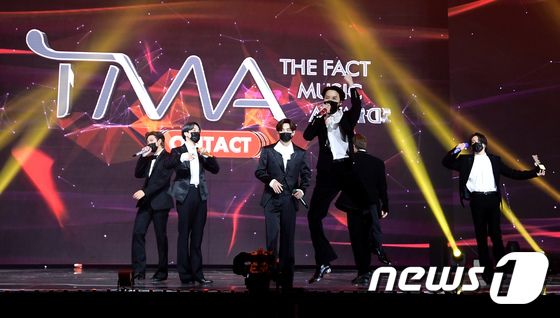 The boys appeared shocked for a moment but gained composure quickly. They quickly showed their professionalism, saying thank you once again and rushing off the stage.

People are then slamming "The Fact Music Awards," calling it rude to not only BTS but to the fans who were looking forward to seeing their encore stage as well. Some also noted that the music show's audio quality was not great, but BTS made up for it by singing live. Many also noted that ARMYs had paid to be able to watch the awarding ceremony, and yet they still chose to cut off BTS, the group with the most wins. 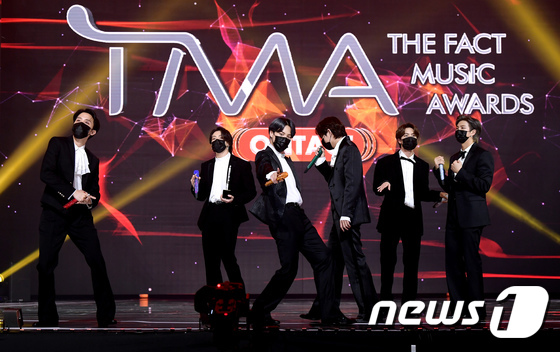 YOU MIGHT ALSO LIKE: 'The Fact Music Awards' Praised for Providing 5-Star Hotel Rooms as Waiting Rooms