(G)I-DLE's Miyeon was accused of being rude to her seniors during a show recording. Former SM Entertainment idol, Ayumi, clarifies the situation.

On July 15, the second episode of IHQ's show, "Quiz From The Star," which features (G)I-DLE's Miyeon as a host, was broadcasted. During the second episode, former SM Entertainment idol, Ayumi - also known as Yumi Itō, appeared as a guest on the show.

As the hosts and guests were talking, comedian Jo Se Ho, who is also a host, asked Ayumi if it was her first time meeting Miyeon, to which Ayumi responded with, "Apparently. This is the first time I have met her."

IN CASE YOU MISSED IT: Cube Entertainment Criticized for Unnecessary Apology Over (G)I-DLE Shuhua's Nationality Labeled with Taiwan's Flag 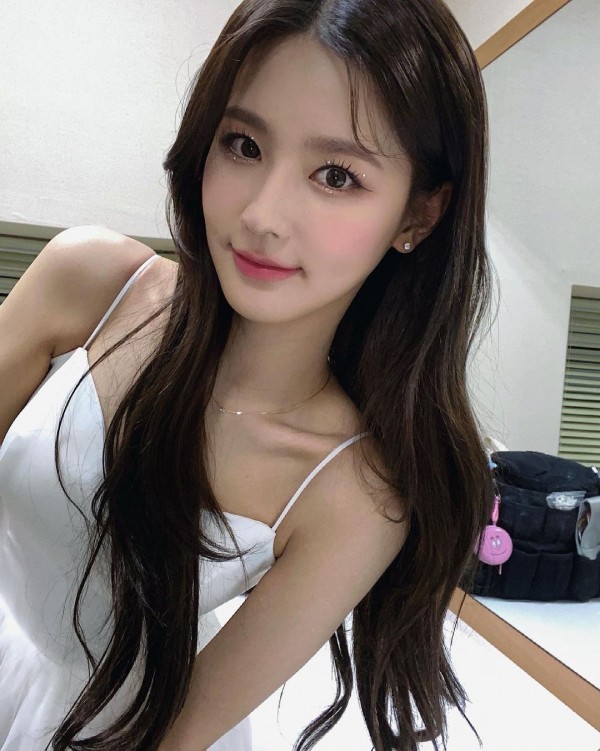 Fellow guest Hwang Kwanghee then asked Ayumi how she saw Miyeon as a junior. Ayumi made her debut as the leader and lead vocal of the K-Pop girl group Sugar, who debuted under SM Entertainment back in 2001 and were active until their disbandment in 2006.

Upon hearing her answer, Miyeon was flustered and immediately stood up and held Ayumi's hand. 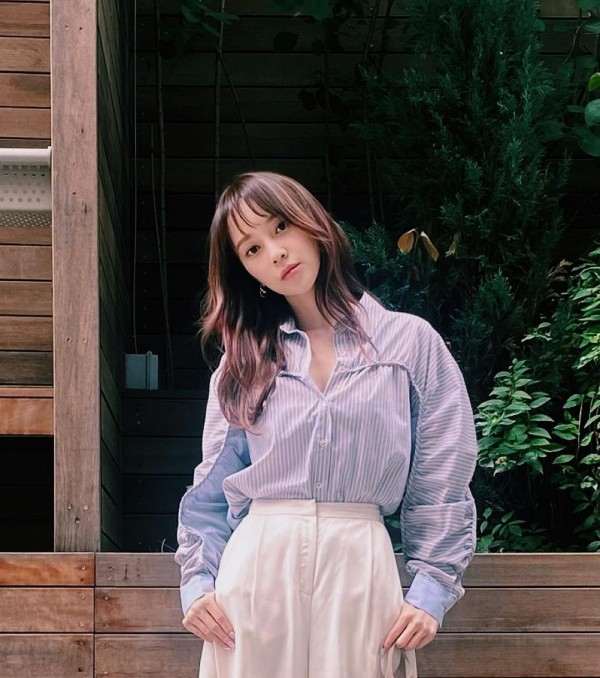 Ayumi later added that she was just joking. However, the segment spread to various online community forums, with netizens commenting that it might not simply be a joke from the former SM Entertainment idol.

Netizens commented that they think Ayumi was telling the truth based on Miyeon's initial reaction, and how neither Ayumi nor Miyeon clarified that Miyeon actually greeted her prior to the shooting of the episode.

IN CASE YOU MISSED IT: (G)I-DLE Might Make a Comeback With Soojin Later This 2021, According to a K-Media Outlet

With the issue spreading and gaining attention on social media, Ayumi decided to clarify the accusation through a post on her Instagram story back on July 17. 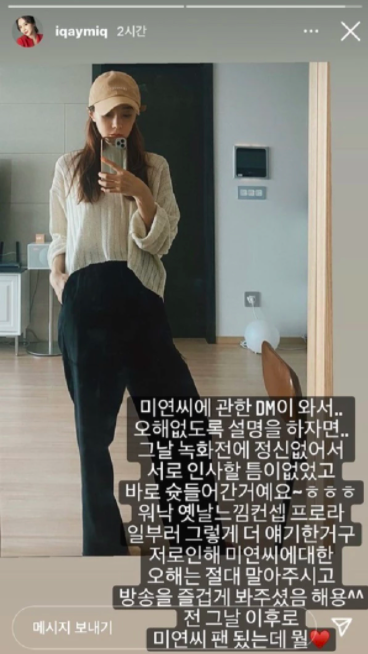 According to Ayumi's clarification, she had received a direct message regarding Miyeon, so she wanted to explain that there is no misunderstanding between them. Before they began recording for the episode, the cast and guests didn't have time to greet each other, so they had to start shooting right away.

She added that the concept of the show was old-fashioned, so she talked that way.

"I talked about Miyeon. Please don't get me wrong and I hope you enjoyed watching the show. I've been a fan of Miyeon since that day," said Ayumi.

Meanwhile, "Quiz From The Star" is a new program that began airing on July 8 on the new channel, IHQ.

IN CASE YOU MISSED IT: (G)I-DLE Soyeon's Statements Concerning Her Time on 'Produce 101' Receive Backlash