MONSTA X rapper Jooheon shows his ability as a DJ and a radio show host with his first episode at the MBC Radio program "Idol Radio Season 2."

Jooheon was supposed to be joined by fellow MONSTA X member and co-host Hyungwon, who unfortunately had to undergo self-quarantine.

Additionally, the rest of the Starship Entertainment boy group joined "Idol Radio Season 2" as the guests: Minhyuk, Kihyun, and I.M. appearing both excited and nervous about the challenges that await them. 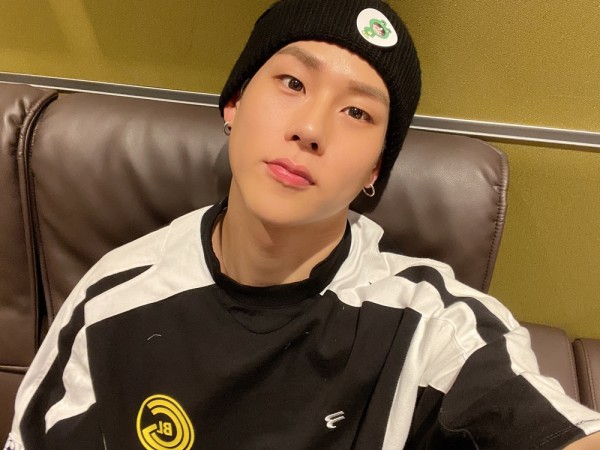 The host and DJ started the show with high energy, appearing in shorts and a black Balenciaga jersey. Jooheon soon welcomed his groupmates and guests as they played the iconic MONSTA X debut track, 2015's "Trespass." Minhyuk, Kihyun, and I.M. showed their high energy, playing around with the "Idol Radio Season 2" host before assembling to move to their debut track. After performing the "Idol Radio Season 2" theme song, which he worked on with Hyungwon, Jooheon got his chance by asking the three to return backstage and have him call each of them, introducing them formally to the MBC Radio and UNIVERSE program.

Shortly after introducing his guests, Minhyuk, Kihyun, and I.M presented gifts to the DJs, including a chain tag that read "DJ Hyungwon" and "DJ Jooheon."

"It feels very different to see the members from the DJ's seat," Jooheon noted. Minhyuk adds that it does feel weird to meet their groupmates as an MC for a music show. Minhyuk has more hosting experience, being the MC for music programs like SBS' "Inkigayo" and MBC's "Weekly Idol" in addition to his ongoing Naver NOW program "VogueShip Show." He then advised Hyungwon not to use the "Latte" speech, which most likely refers to the language used by older people when comparing things today with their own time. He also comforted Hyungwon for being unable to make it to the Idol Radio episode.

The four MONSTA X members mostly had fun across the program. Early in the program, Jooheon requested the three guests to perform "Honey" by JYP. The three even maintained their high energy in both singing and dancing the 1998 K-Pop classic. Jooheon soon joined his groupmates in doing the "Honey" karaoke, with members taking turns belting the JYP song and giving off high-octane dance performances.

Various segments catered to both radio listeners and those watching the live stream through the UNIVERSE app. Kihyun received applause for his irresistible "Kku-Kku-Kka-Kka" aegyo, I.M held hands with Jooheon for five minutes, and Minhyuk showed insightful messages of support.

Finally, the four MONSTA X members had a live phone conversation with Hyungwon, who recognized his groupmates who "worked hard to save the broadcast." Jooheon, on the other hand, said that he'd probably sleep well because of how the episode turned out. However, he admitted that he wasn't at his 100%, saying that it might be because he was nervous at his first DJ and hosting task.

"We will pull 100 percent out of the show on the 12th," Jooheon assured the listeners.

"Idol Radio Season 2," or simply "Adola," will be hosted by Jooheon and Hyungwon. New episodes will be broadcast live every Monday and Thursday, 8 PM KST through the UNIVERSE app. Fans can also listen through MBC Radio (95.9 MHz in Seoul and Gyeonggi Province) at 2 AM KST every Friday and Saturday. The show also airs on MBC FM4U (91.9 MHz in Seoul and Gyeonggi Province) starting at midnight every Saturday.

RELATED ARTICLE: Hyungwon, Jooheon, I.M Steps Up for MONSTA X Comeback 'One of a Kind'