When asked what Lovelyz means to her, Mijoo gave a heartwarming answer!

Lovelyz Mijoo Reveals What the Group Means to Her

Recently on the October 14 episode of Jessi's "Showterview," Lovelyz main dancer and vocalist, Mijoo, made a guest appearance on the show.

During Mijoo's appearance, she and Jessi showed off their fun and crazy dynamic together, giving fans an amazing laugh-filled episode.

Following Mijoo's extravagant entrance on the show, Jessi and Mijoo did the popular segment "Real Close-up Interview," where Jessi asks a series of questions with a camera on the guest up-close.

First, Jessi asked Mijoo which part of her face she finds the most charming. 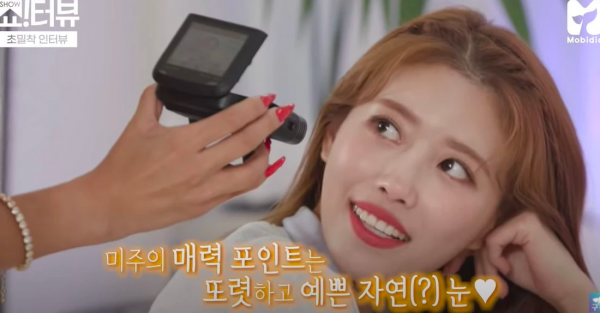 Mijoo responded with, "I have pretty eyes. My eyes are natural. I didn't even have surgery." She also reveals that she is also afraid of knives.

Mijoo also revealed what she keeps in her bag, such as a toothbrush, makeup, and her phone.

In particular, during the episode, Jessi asked Mijoo when the most exciting moment in her life was, to which Mijoo revealed it was when she found out she was part of Lovelyz' debut lineup. 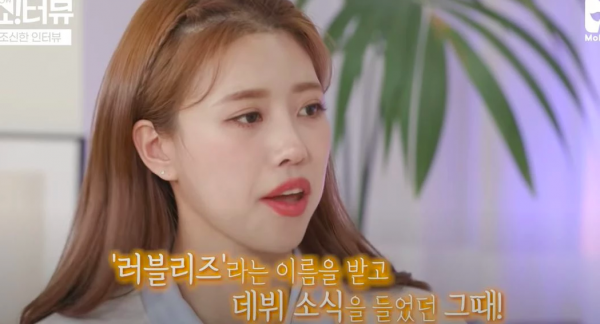 "I was the most excited when I became a Lovelyz member and heard the news of my debut. I am the main dancer in the group," Mijoo said.

Jessi then asked Mijoo what her group meant to her. "What is Lovelyz to me?" Jessi asked.

To this, Mijoo warmed fans' hearts by expressing her affection for the group, saying, "Lovelyz is home to me. We don't get to see each other often because we live separately. So it's so nice to go out on group schedules."

Meanwhile, Mijoo debuted as a member of Lovelyz under Woollim Entertainment back in 2014.

Meanwhile, fans have expressed their worry over Lovelyz' possible disbandment as their contracts are due to end in November.

According to a report by Ten Asia, Lovelyz is said to have been in the process of disbandment since July, and that only a few of the group's members are planning to renew their contracts with Woollim Entertainment. However, negotiations are still ongoing.

In addition, Lovelyz hasn't had a comeback in over a year, with their latest release being their seventh mini-album, "Unforgettable," released in September 2020.

IN CASE YOU MISSED IT: Lovelyz Jisoo Apologizes for Recent Comments Regarding Group's Inactivity