BTS Jimin airport fashion is making waves on social media, and even got completely sold out!

Back on September 18, BTS went on their first international travel for the first time in almost two years as they head to New York in the United States to represent South Korea as the Special Presidential Envoy in the 76th United Nations General Assembly.

Although BTS were traveling for political business, the super group's fans, known as ARMY, couldn't help but show their excitement to see the seven members in their first international travel since the beginning of the COVID-19 pandemic. 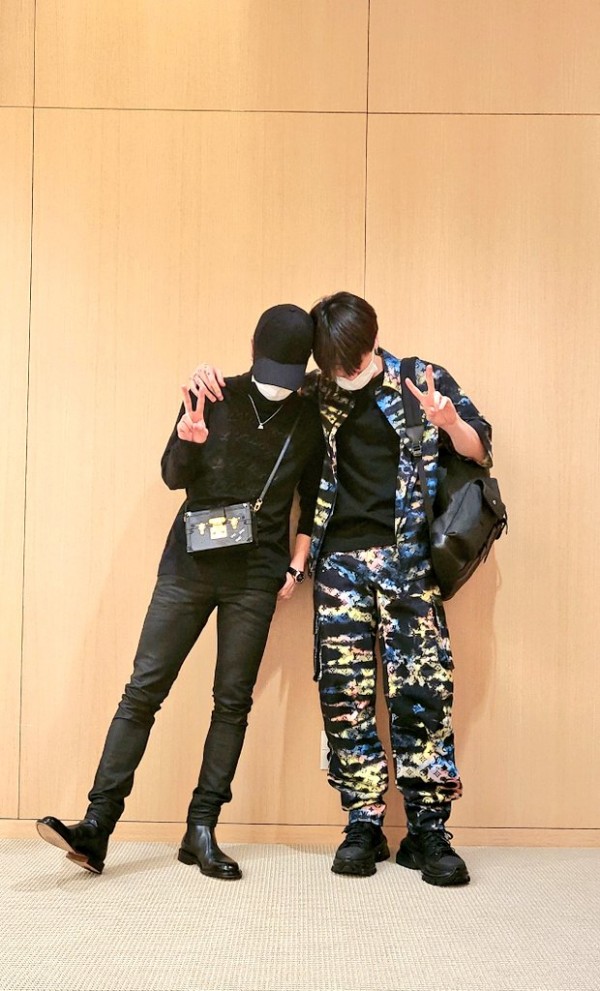 BTS being BTS, they donned different styles in Louis Vuitton when it came to their airport fashion that reflects their individual personalities.

In particular, BTS Jimin airport fashion was spiced up with luxurious and expensive accessories, and even trended on social media as a "fashion king."

In addition, Jimin caused an out-of-stock madness once again! The watch that Jimin wore, which is a "Complications 5205G-13" by the luxury brand Patek Philippe that retails for 65 million won (around $55,000 USD) and is on of the five most expensive luxury watches, got sold out at more than 10 store outlets online, proving Jimin's influence as the No.1 in brand reputation for 33 months in a row. 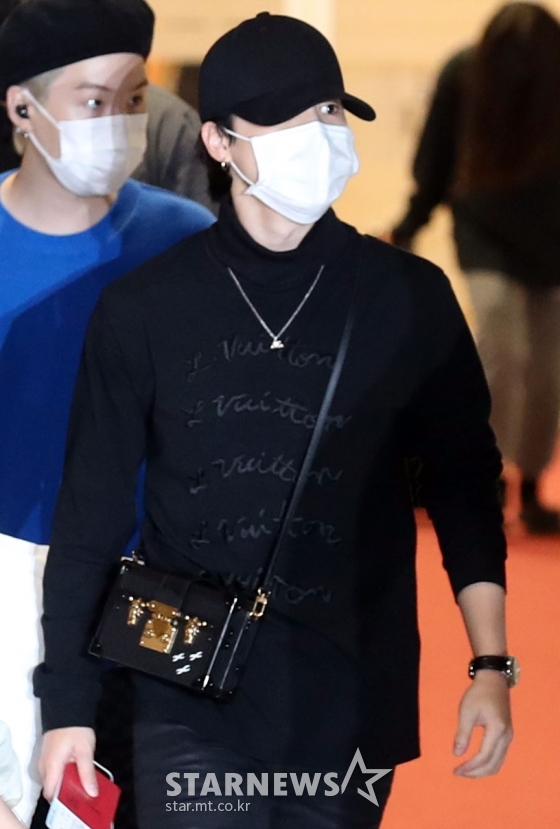 Louis Vuitton, in which BTS is a global ambassador for, also saw their limited edition bag get sold out in more than 20 countries and regions around the world on their official website. Jimin's bag, called "Petite Malle" and retails for 6.5 million won (around $5,500 USD), went out-of-stock in countries such as France, the United States, the United Kingdom, Italy, Canada, Germany, and Japan, among many others.

The "Filter" singer's shoes, the "Vendome Flex Chelsea Boot" by Louis Vuitton that costs two million won (around $1,780 USD) per pair, got sold out in more than 25 countries and regions as well, including the United States, Italy, France, Australia, and the United Kingdom, through the brand's website.

IN CASE YOU MISSED IT: BTS Participates in #CallOutRacismHateSpeech Campaign 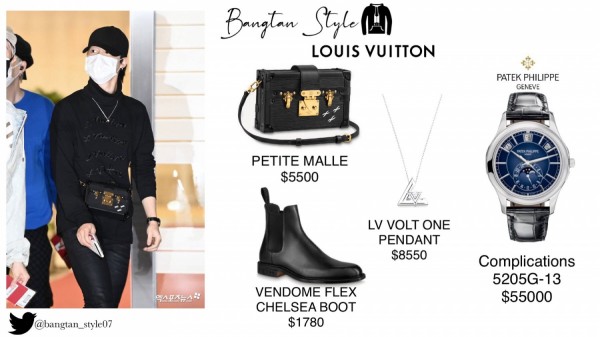 With the four pieces of BTS Jimin airport fashion, that amounts to roughly 83.5 million won (around $73,300 USD). Not only is he attracting attention for his fashion style, but also as a big contributor to luxury goods seeing an out-of-stock madness on a different scale.

Meanwhile, BTS will be speaking at the 76th United Nations General Assembly on September 20.