Following allegations that (G)I-DLE member Soojin bullied Seo Shin Ae, the actress has taken to Instagram to share a warm message, addressed to those who are still hurting due to others' actions. Keep on reading to learn more.

On Thursday, Mar. 4, Seo Shin Ae shared a photo of rubble and other destroyed pieces to her Instagram account. Alongside the photo was a lengthy caption. There, she talked about enduring the pain she received from another person. Despite how she suffered, Seo Shin Ae talks about melting away the pain to allow happiness in her heart. She also hopes that those who are having a hard time will live a brilliant life.

"The fresh spring that everyone else experience was like a painful winter for me. It felt like a severely long night.

I wonder why the summer that felt like it would last forever now appears to be an eternal winter to me. I have decided to melt the ice that has formed around my heart.

The winter I experience was not something I created by myself, but something I had to fight and endure on my own. I started meeting people and worked on things that were long overdue. Sometimes, the wind would howl, creating cracks, but I am grateful that I could endure it.

I am sure that it will be difficult to remind myself of the past seasons, but I will never forget the scenes in my mind. The weather that day, the smells, the activities... I get emotions, trying to bury the feeling as I have yet to heal. 'Should I just quietly support you?' That was a thought I once had. A human's heart is selfish, however, and every time I had these thoughts, the ice that one melted would freeze my heart right back up.

I hated myself for messing up my own seasons. I should have worked harder to get through it. I should have done a better job and pretended as if nothing happened... The more I thought this way, the more cunning I became, though. I started to feel the same seasons you were experiencing.

The fierce winter was not beautiful, but despite the coldness it had, I was able to show my strong fragrance. I was too pitiful to crumble in such a manner. I felt sorry for those who shared their brightness with me as I experienced my winter.

I have no reason to dwell in my winter any longer. I will break this icy road. If I cannot make it melt, then I will break it.

In the middle of this never-ending winter night, I was able to catch a glimpse of sunlight. As I looked around, the ice that has once melted had once against hardened as the sharp wind continued to howl. Little flower buds will soon bloom for the upcoming spring.

I know that there are some of you who are still enduring a painful winter. I want you to know that I am here to be that small ray of sunshine during your difficult times. I hope that you will have a brilliant life."

After netizens released testimonies that (G)I-DLE's Soojin was a bully during her middle school years, actress Seo Shin Ae made a cryptic Instagram Story that simply read "None of your excuse." People had started speculated that Seo Shin Ae was a victim of Soojin's bullying, as it was known that the two attended the same middle school at the same time.

However, Soojin firmly denied these claims in a handwritten letter, claiming she never spoke with Seo Shin Ae during their time in school, and apologized for how this situation must be bothering her. 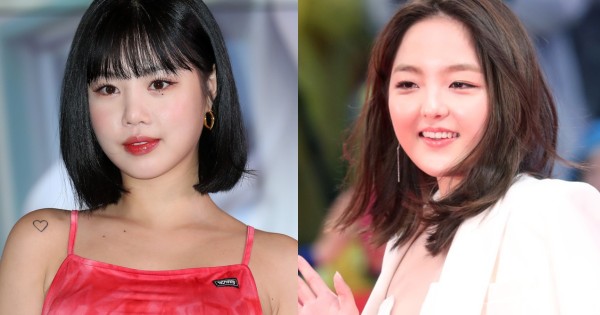 Soon, hate messages came flooding Seo Shin Ae's way. The young actress made another cryptic Instagram Story, posting a screenshot of her listening to Billie Eilish's "Therefore I Am."

However, an alleged close friend of Soojin denied these claims, saying that Soojin had never done such a thing. She also claimed that the people who had bullied Seo Shin Ae were also bullying Soojin after the idol chose to distance herself from them. 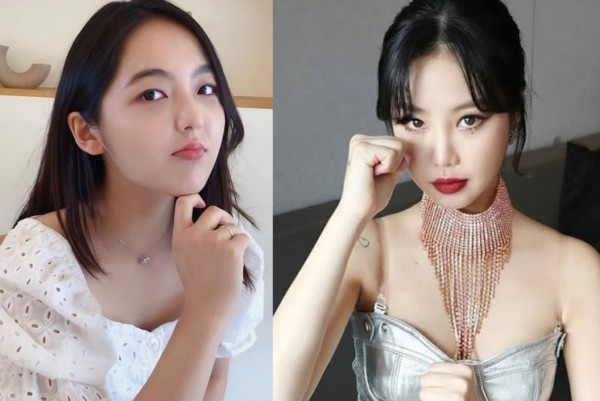